Explosion of a Chlorine Vessel

The National Institute for Occupational Safety and Health (NIOSH), Division of Safety Research (DSR), is currently conducting the Fatal Accident Circumstances and Epidemiology (FACE) Study. By scientifically collecting data from a sample of similar fatal incidents, this study will identify and rank factors which increase the risk of fatal injury for selected employees.

On March 1, 1983, a maintenance worker operating a chlorine degunking processor suffered fatal injuries when the nearby main storage tank exploded. He was found conscious by co-workers, but had been exposed to large quantities of chlorine. He was pronounced dead on arrival at a local hospital after attempts by rescue workers to revive him failed.

After receiving notification of the explosion from the State Assistant Medical Examiner, a research team, consisting of a safety researcher andsafety specialist, visited the company to examine the site, interview witnesses and rescue workers, and obtain comparison data from suitable coworkers.

A debriefing session was held with plant and departmental management, industrial relations director, and safety and health personnel. During this introductory meeting, information was obtained on the company’s investigation and reaction to the explosion, including an overview of their safety and health department and their overall corporate job safety and health program. A brief tour of the plant in the vicinity of the explosion site was provided. Drawings of the approximate position of the victim after the explosion relative to the tank and other equipment were also provided. Activities on the day following included interviews with witnesses, co-workers, and emergency medical service rescue workers.

The company’s plant employed over 700 people and was built in the 50’s. The chlorine degunking process was an older one which was a part of the firm’s waste-treatment facility. The process, which was intended to retrieve, chlorine from waste material, consisted of three gunk tanks, two liquid chlorine tanks, and assorted drums, interconnecting pipes, and valves. The particular task being carried out at the time of-the explosion was a routine one of heating the waste material in one tank before siphoning off released gases. 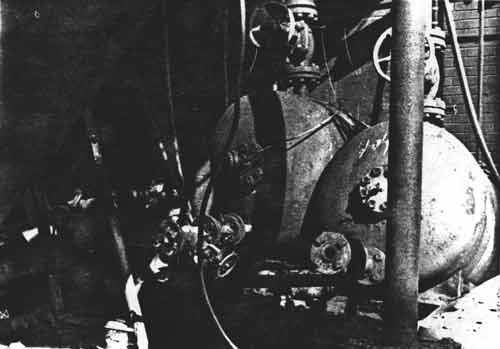 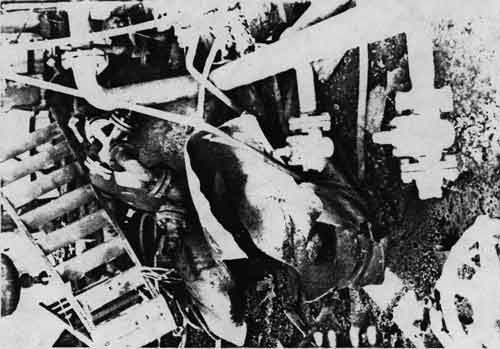 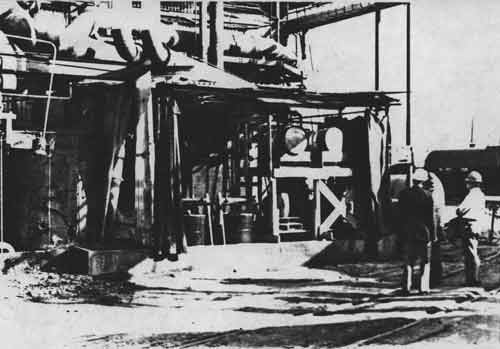