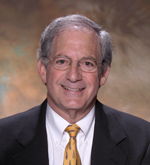 Dr. Sondik serves as Director of the National Center for Health Statistics (NCHS), the nation’s principal health statistics agency and one of the federal centers that make up the Centers for Disease Control and Prevention. NCHS monitors the nation’s health through research and analysis in health and vital statistics, epidemiology, and related health and statistical sciences. Under Dr. Sondik’s direction, NCHS also works to anticipate and plan for future data needs, and to develop the technologies and analytic tools necessary to meet the nation’s health statistics needs.

As NCHS Director, Dr. Sondik serves on the Interagency Committee on Statistical Policy, whose membership includes the leaders of the nation’s 13 designated federal statistical agencies. He also serves as Senior Advisor on Health Statistics to the Secretary of the Department of Health and Human Services (HHS), providing technical and policy advice on statistical and health information issues. In addition, he is a member of the HHS Data Council, the body that reviews the Department’s data policy and related issues.

Prior to his appointment as Director of NCHS and Senior Advisor in 1996, Dr. Sondik held multiple positions with the National Cancer Institute (NCI), including Chief of the Biometrics and Operations Research Branch; Deputy Director of the Division of Cancer Prevention and Control; and Acting Director. While at NCI, he had oversight of the SEER program—the pioneer cancer registry system. Dr. Sondik also served on the staff of the National Heart, Lung, and Blood Institute of the National Institutes of Health, where he worked on clinical trial design.

Dr. Sondik’s background is in mathematics and statistics, and the discipline of operations research. He received B.S. and M.S. degrees in electrical engineering from the University of Connecticut, focusing on control systems, computers, and operations research. He received his Ph.D. in electrical engineering from Stanford University, where he also served on the faculty.

Plenary Session I: Health Statistics and the Economy 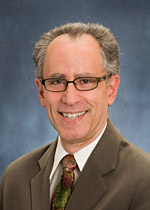 Dr. Luft has been Director of the Palo Alto Medical Foundation Research Institute (PAMFRI) and a Senior Investigator in its Department of Health Policy Research since 2008. In 1978 he joined the faculty of the Philip R. Lee Institute for Health Policy Studies (IHPS) at the University of California, San Francisco (UCSF) and was its Director from 1993 through 2007. He is now the Caldwell B. Esselstyn Professor Emeritus of Health Policy and Health Economics at the IHPS.

Dr. Luft’s experience in research and teaching covers a wide range of areas, including medical care utilization, health maintenance organizations, hospital market competition, volume, quality and outcomes of hospital care, risk assessment and risk adjustment, and health care market reform. He has been involved in postdoctoral training for more than 35 years, having served as director of the IHPS postdoctoral program and associate director of the Health and Society Scholars program sponsored jointly by UCSF and the University of California, Berkeley.

Dr. Luft is a member of the Institute of Medicine (IOM), and served 6 years on the IOM Council. He was a member of and chaired the National Advisory Council of the Agency for Health Care Policy and Research (now the Agency for Healthcare Research and Quality). He also served on the board of AcademyHealth for 10 years and was co-editor-in-chief of the journal Health Services Research.

Dr. Luft has authored, coauthored, or edited five books, including Total Cure: The Antidote to the Health Care Crisis (Harvard University Press, 2008) and more than 200 articles in scientific journals. 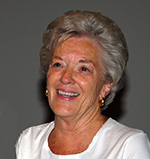 Katherine Wallman currently serves as Chief Statistician at the United States Office of Management and Budget. In this capacity, she provides policy oversight, establishes priorities, advances long-term improvements, and sets standards for a Federal statistical establishment that comprises more than 70 agencies spread across every cabinet department and accounts for more than $5 billion in annual expenditures. As the Chief Statistician of the United States, Ms. Wallman represents the U.S. Government in international statistical organizations, including the United Nations and the Organization for Economic Cooperation and Development. During her tenure as the United States’ Chief Statistician, Ms. Wallman has increased collaboration among the agencies of the U.S. statistical system, fostered improvements in the scope and quality of the Nation’s official statistics, strengthened the protections for confidential statistical information, and initiated changes that have made the products of the system more accessible and usable.

Prior to assuming the position of Chief Statistician in 1992, Ms. Wallman served for more than a decade as Executive Director of the Council of Professional Associations on Federal Statistics, a coalition of organizations concerned with fostering communication among users and producers of federal statistics and improving the utility and accessibility of the Nation’s statistical resources. Earlier in her career, Ms. Wallman worked for several years in the Office of Federal Statistical Policy and Standards, as well as in the National Center for Education Statistics. Her special interests include increasing cooperation between the several levels of government in the production of national statistics, strengthening the interface between academic and government statisticians, and enhancing the statistical literacy of the public.

Ms. Wallman, twice honored as a Presidential Meritorious Executive, is an elected member of the International Statistical Institute, a Fellow of the American Statistical Association and the American Association for the Advancement of Science, and a Founder Member of the International Association for Official Statistics. In 1992, she served as President of the American Statistical Association, and in 2007 she was honored with the association’s Founders Award. Ms. Wallman, who served as Chairman of the United Nations Statistical Commission during 2004 and 2005, has recently completed her second term as Chairman of the Conference of European Statisticians, United Nations Economic Commission for Europe, and has been elected to continue her service on the organization’s Bureau. 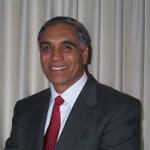 Under Dr. Akhter’s leadership, the D.C. Department of Health is focused on improving the quality of health care in the District of Columbia. His top priorities include implementation of health care reform, expansion of HIV services and making them available on demand, supporting training programs for D.C. residents to qualify for jobs in health care, and improving access to quality care across the District.

Prior to joining the Department in January 2011, Dr. Akhter was a Professor at Howard University College of Medicine and served from 2002 to 2005 as Senior Associate Dean for Public and International Health. Before joining the Howard University faculty, Dr. Akhter was Executive Director of the National Medical Association, where he focused on health care reforms and eliminating health disparities.

Dr. Akhter was Executive Director of the American Public Health Association (APHA) from 1997 to 2002. In 2007, he was honored with APHA’s oldest and most prestigious award, the Sedgwick Memorial Medal for Distinguished Service in Public Health. The Sedgwick Medal is awarded annually to an individual who has demonstrated a distinguished record of service to public health and who has tirelessly worked to advance public health knowledge and practice.

From 1991 to 1994, Dr. Akhter was Commissioner of Public Health for the District of Columbia. He subsequently served as a Senior Advisor in the Department of Health and Human Services’ Agency for Health Care Policy and Quality.

Dr. Akhter received his medical degree from King Edward Medical College in Lahore, Pakistan, and a master’s degree in public health from The Johns Hopkins University. He is board certified by the American Board of Preventive Medicine. 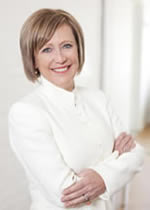 A nationally recognized health policy researcher and pediatrician, Dr. Simpson is a passionate advocate for the translation of research into policy and practice. Her research focuses on improving the performance of the health care system and includes studies of the quality and safety of care, health and health care disparities, and the health policy and system response to childhood obesity.

Before joining AcademyHealth, Dr. Simpson was director of the Child Policy Research Center at Cincinnati Children’s Hospital Medical Center, and professor of pediatrics in the Division of Health Policy and Clinical Effectiveness, Department of Pediatrics, University of Cincinnati. She served as Deputy Director of the Agency for Healthcare Research and Quality from 1996 to 2002.

Dr. Simpson serves on the Robert Wood Johnson Clinical Scholars Program National Advisory Council and on the editorial boards of the Journal of Comparative Effectiveness Research and Frontiers in Public Health Systems and Services Research.

Dr. Simpson earned her undergraduate and medical degrees at Trinity College (Dublin, Ireland), a master’s in public health at the University of Hawaii, and completed a postdoctoral fellowship in health services research and health policy at the University of California, San Francisco. 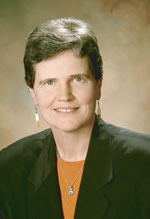 Pamela Hyde was nominated by President Barack Obama and confirmed by the U.S. Senate in November 2009 as Administrator of the Substance Abuse and Mental Health Services Administration (SAMHSA), a public health agency within the Department of Health and Human Services. The agency’s mission is to reduce the impact of substance abuse and mental illness on America’s communities.

Ms. Hyde is an attorney and comes to SAMHSA with more than 30 years experience in management and consulting for public health care and human services agencies. She has served as a state mental health director, state human services director, and city housing and human services director, as well as CEO of a private nonprofit managed behavioral health care firm. In 2003, she was appointed cabinet secretary of the New Mexico Human Services Department by Governor Bill Richardson, where she worked effectively to provide greater access to quality health services for everyone.

Ms. Hyde is a member of or has served as a consultant to many national organizations, including the John D. and Catherine T. MacArthur Foundation, the American College of Mental Health Administration, the President’s New Freedom Commission on Mental Health, and the Department of Justice. She has been recognized by many groups, including the American Medical Association, the National Governor’s Association, and the Seattle Management Association, for her creativity and leadership in policy and program development and in organizational management issues. She has received special acknowledgment for her ability to build teams, develop coalitions and consensus, develop strategic plans that form the basis for action, and achieve identified goals in a constantly changing environment.

Ms. Hyde received her J.D. from the University of Michigan Law School in 1976 and her B.A. from Southwest Missouri State University in 1972.