Radiation and Pregnancy: A Fact Sheet for Clinicians

This overview provides physicians with information about prenatal radiation exposure as an aid in counseling pregnant women.

How to use this document
This information is for clinicians. If you are a patient, we strongly advise that you consult with your physician to interpret the information provided, as it may not apply to you. Information on radiation exposure during pregnancy for members of the public can be found on the Health Information for Specific Groups webpage.

CDC recognizes that providing information and advice about radiation to expectant mothers falls into the broader context of preventive healthcare counseling during prenatal care. In this setting, the purpose of the communication is always to promote health and long-term quality of life for the mother and child. 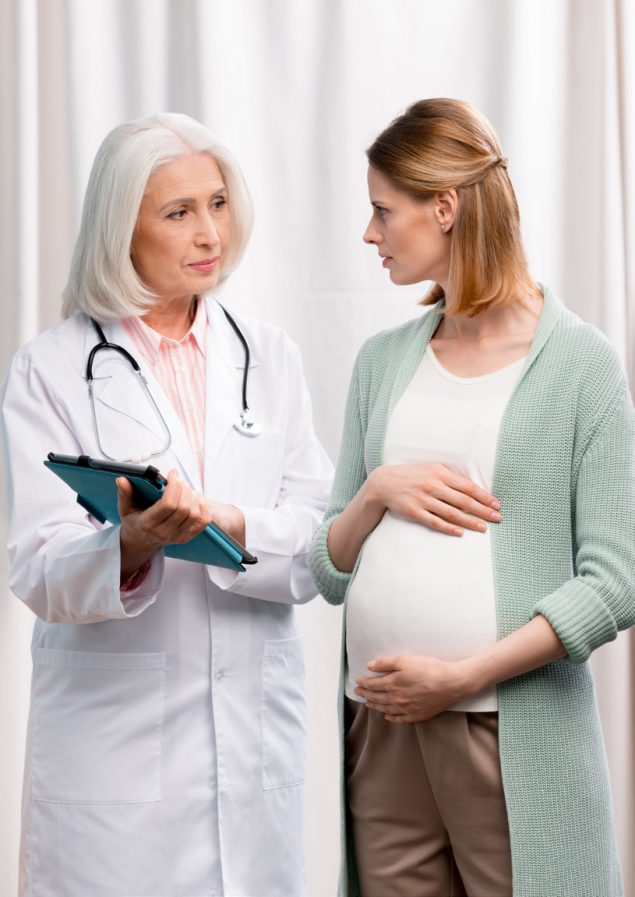 Radiation exposure to a fetus

Although radiation doses to a fetus tend to be lower than the dose to the mother, due to protection from the uterus and surrounding tissues, the human embryo and fetus are sensitive to ionizing radiation at doses greater than 0.1 gray (Gy). Depending on the stage of fetal development, the health consequences of exposure at doses greater than 0.5 Gy can be severe, even if such a dose is too low to cause an immediate effect for the mother. The health consequences can include growth restriction, malformations, impaired brain function, and cancer.

Estimating the Radiation Dose to the Embryo or Fetus

Health effects to a fetus from radiation exposure depend largely on the radiation dose. Estimating the radiation dose to the fetus requires consideration of all sources external and internal to the mother’s body, including the following:

Most radioactive substances that reach the mother’s blood can be detected in the fetus’ blood. The concentration of the substance depends on its specific properties and the stage of fetal development. A few substances needed for fetal growth and development (such as iodine) can concentrate more in the fetus than in corresponding maternal tissue.

Consideration of the dose to specific fetal organs is important for substances that can localize in specific organs and tissues in the fetus, such as iodine-131 or iodine-123 in the thyroid, iron-59 in the liver, gallium-67 in the spleen, and strontium-90 and yttrium-90 in the skeleton.

Once the fetal radiation dose is estimated, potential health effects can be assessed.

Potential Health Effects of Prenatal Radiation Exposure (Other Than Cancer)

Table 1 summarizes the potential non-cancer health risks of concern. This table is intended to help physicians advise pregnant women who may have been exposed to radiation, not as a definitive recommendation. The indicated doses and times post-conception are approximations.

Gestational age and radiation dose are important determinants of potential non-cancer health effects. The following points are of particular note.

Radiation exposure to an embryo/fetus may increase the risk of cancer in the offspring, especially at radiation doses > 0.1 Gy, which are well above typical doses received in diagnostic radiology. However, attempting to quantify cancer risks from prenatal radiation exposure presents many challenges. These challenges include the following:

The lifespan study of the Japanese A-bomb survivors is continuing as the cohort ages. Future analyses of the accumulating data should provide a better understanding of the lifetime risk of cancer from prenatal and early childhood radiation exposure.

For more information on medical management and other topics on radiation emergencies: