CDC is committed to saving lives and protecting people from environmental hazards by responding to natural and man-made disasters, supporting public health workers, educating communities, and providing scientific knowledge. We help maintain and improve the health of Americans by promoting a healthy environment and preventing premature death and avoidable illness caused by environmental and related factors. We also identify how people might be exposed to hazardous substances in the environment and assess exposures to determine if they are hazardous to human health. CDC invests in prevention to improve health and save money by reducing healthcare costs. We remain committed to maximizing the impact of every dollar entrusted to the agency.

National Asthma Control Program
(FY 2013 funding for New York—$486,000. A new funding announcement has been released; FY 2014 funding information will be available later in the year.) 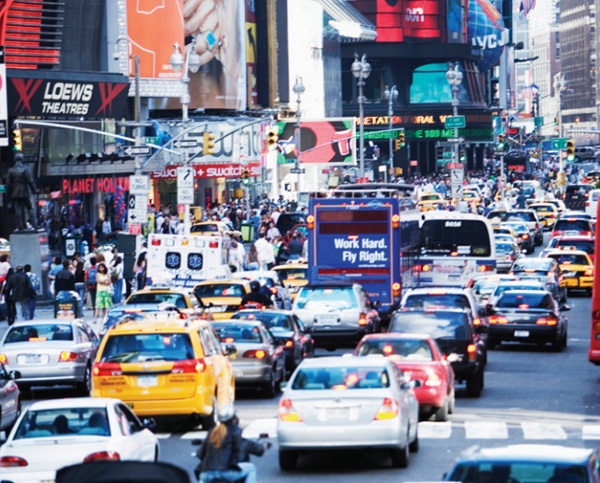 Asthma is a common disease on the rise, with significant health disparities and associated healthcare costs. Nearly 1 in 12 Americans (26 million) have asthma. In the last decade, the proportion of people with asthma, grew by nearly 15%.

CDC has been working with states for more than 10 years to implement community-based interventions, build local coalitions, and track the impact of the disease on the U.S. population.

The program focuses on what works to control asthma: assessing and measuring changes in disease severity and control, using the right medications, educating people to manage their conditions, and controlling environmental irritants and allergens.

Even though the number of people with asthma has increased over the last 10 years, trends show that more are controlling their disease:

Lead Poisoning Prevention Program
(FY 2011 funding for for New York—$594,000; because of funding reductions, the program was discontinued in 2012. Some funding was restored in FY 2014. States will be recompeting for funding and more information will be available later in the year.)

More than 12 million U.S. children are exposed to lead in their homes at levels that can harm their intellectual development. No safe blood lead level in children has been identified.

Reducing children’s lead exposure is perhaps the greatest environmental health accomplishment in the past 20 years.

For more than 20 years, CDC funded state and local health agencies to

Children who are exposed to lead lose between $3,000 and $8,000 in lifetime productivity for each 1 microgram per deciliter (μg/dL) increase in blood lead level. Blood lead levels over 1 μg/dL are associated with measurable reductions in IQ.

Between 2007–2008 and 2009–2010, interventions that control or eliminate lead hazards before children are exposed (primary prevention), helped reduce the number of children exposed to lead by nearly 3 million (blood lead levels ≥ 1μg/dL), saving $26–57 billion in lifetime productivity earnings alone. These estimates do not account for behavioral and other adverse effects on lifetime productivity linked to lead.

The World Health Organization estimates that nearly 25% of all diseases are caused by environmental exposures. Some of these diseases—such as cancer, asthma, and cardiovascular disease—are the greatest killers today.

The Tracking Network’s integrated health, environmental exposure, and hazard information is used to

Since 2005, the Tracking Network has led to at least 160 public health interventions that prevent or control potential health effects from environmental exposures. 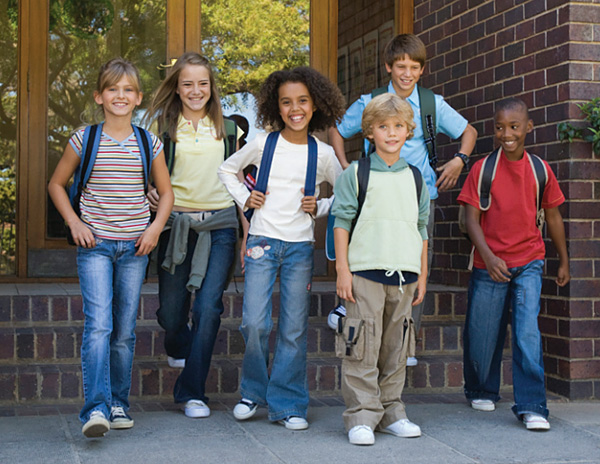 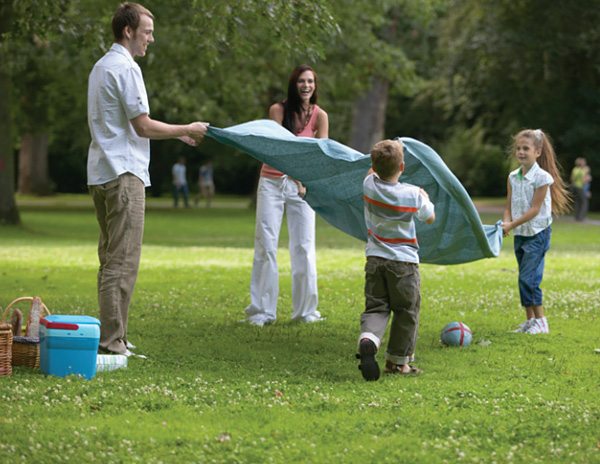 Foodborne and waterborne outbreaks result in millions of illnesses and thousands of deaths each year. They can cost the United States more than $150 billion annually.

Changes occurring in the world’s climate are affecting our health and well-being, especially among the most vulnerable among us—children, the elderly, the poor, and people with underlying health conditions.

Climate and Health Program funding for CDC represents the dedicated U.S. government investment in preparing our nation to anticipate and adapt to the health consequences of climate events like extreme weather events, wildfires, air pollution, and insects.

National Biomonitoring Program
(FY 2013 funding for New York—$1,000,000. A new funding announcement has been released; FY 2014 funding information will be available later in the year.)

About 15% of households in the United States get their drinking water from private wells and other unregulated sources where little is known about the quality of water.

As of 2010, about 1.5 million adults and 428,000 children in New York were living with asthma. New York children miss nearly 2 million days of school or daycare every year due to the chronic respiratory disease, and adults with asthma report that they are unable to work or carry out usual activities more than 7 million days every year because of asthma.

New York’s Asthma Program and its partners focus on communities with the greatest needs. They increase asthma awareness, educate people on how to avoid environmental asthma triggers, partner with local stakeholders, and help residents manage their own health. In Buffalo, more than 130 Medicaid patients with poorly controlled asthma completed a program that includes a visit with a community health worker, who provides tips on how to reduce asthma triggers in the patients’ environment and connects patients with community resources. The effort resulted in better use of asthma medication and fewer missed days of school and work.

The following describes activities carried out in previous years with the support of CDC’s Lead Poisoning Prevention Program when it was fully funded:

Each year, approximately 500 Upstate New York children are diagnosed for the first time with lead poisoning. Using CDC funding, the New York State Department of Health (NYSDOH) and county health department officials followed up on these cases, inspected the homes, and ordered repairs to units with lead hazards. About 1,000 abatements were completed annually.

New York uses CDC’s Healthy Homes and Lead Poisoning Prevention Surveillance System to capture the results of blood tests for lead. The surveillance data enabled NYSDOH to identify high-risk areas for lead poisoning, which it now targets with a state-funded Primary Prevention Initiative. These systems allowed the program to better target resources. One city reported a leveling off of exposures, while a second showed increases in exposures. Without these surveillance data, there would be no way to track such patterns.

Children with lead poisoning face decreased IQ levels; greater high school dropout rates; and a greater likelihood of learning disabilities, behavioral problems, and juvenile delinquency. In 2006, nearly 4% of children under the age of 6 who were tested in Monroe County, New York, had elevated blood lead levels of 10 μg/dL or higher; most lived in the city of Rochester.

On July 1, 2006, the state’s Lead Based Paint Poisoning Prevention law took effect. The law targets high-risk housing, cost-effectively controlling lead hazards before children are poisoned and requiring inspections for lead paint hazards. CDC provided subject matter expertise and research relevant to designing, implementing, and assessing impacts of the law. In the 2 years before the law, 7.5% of Rochester children younger than age of 6 had blood lead levels at or above10 μg/dL. In the 2 years after the law, the total dropped to 5%. From July 2004–June 2005, the number of children with elevated blood lead levels was 604; by July 2007–June 2008, it decreased by more than 50% to 284. 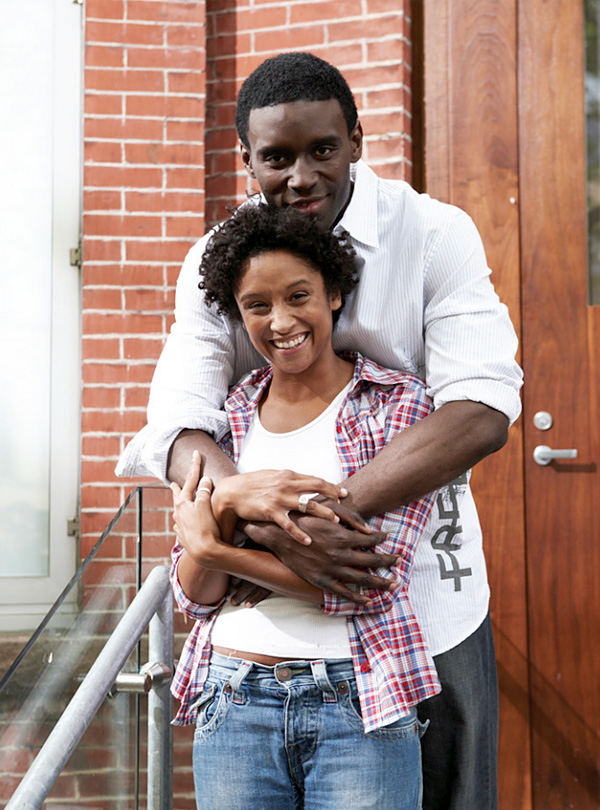 New York residents want to see maps showing new cancer cases in their neighborhoods. The state has long struggled with how to share detailed data while protecting patient identity. New York State’s Tracking Program worked with partners to develop the Environmental Facilities and Cancer Mapping application. It contains maps that show the number of cancer cases and locations of environmental facilities at the census block level. Users can search for data on 23 types of cancer and see locations of 15 types of environmental facilities.

Because showing data at the block level could risk patients’ privacy, the Tracking Program developed the Geographic Aggregation Tool. This technique reduces the likelihood of identifying specific people by grouping blocks with few cases. With these tools, health departments can respond more quickly and are able to respond easily to information requests. The public can also use this information to understand more about cancer in their neighborhoods. Before the Tracking Program, this level of cancer information was not available to the public.

CDC’s Environmental Health Specialists Network (EHS-Net) has been instrumental in a number of significant accomplishments in New York. From 2005–2010, EHS-Net members in New York 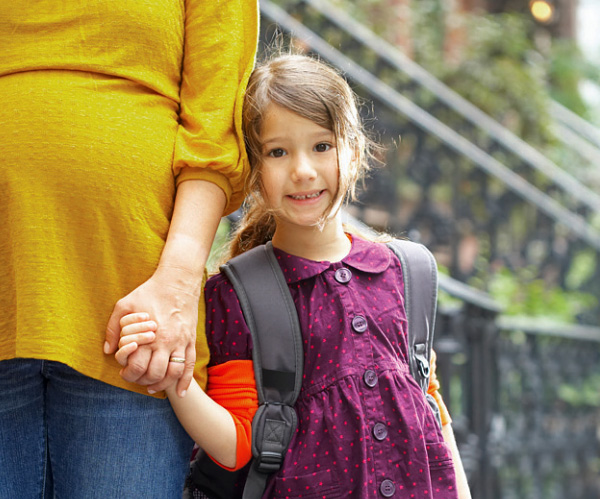 Looking at Climate and Health in New York

NYSDOH’s climate and health research is identifying vulnerable populations and high-risk geographic areas susceptible to heat-related health risks. As part of this analysis, the program is projecting how often heat-related events will occur, how much they will cost, and how many work days will be lost. This information will help the state and cities with planning and preparedness.

New York City’s Department of Health and Mental Hygiene’s Climate and Health program projects the possible health risks of local heat waves. This evaluation will determine the people and locations most vulnerable to heat-related health effects. Data gathered from surveillance of heat-related EMS calls and emergency department visits have already been put to practical use. The department altered its heat emergency criteria, lowering the temperature range for heat emergencies and beginning heat messaging and opening cooling centers earlier in the year. In addition, the program has evaluated health messages to determine if they are reaching the most vulnerable populations. Survey results indicated that vulnerable people often do not think they are and therefore do not take protective measures. Survey data also showed that current health messages were not effectively reaching these audiences. The NYC health department has already begun making changes.

The department will have improved, tested outreach and messaging in place to reach the population vulnerable to heat—especially the elderly, the chronically ill, pregnant women, and small children. 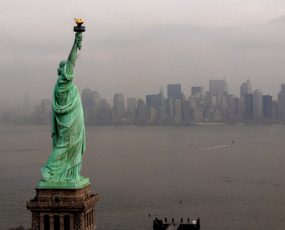 CDC funds the New York State Biomonitoring Program to assess specific environmental exposures by use of biomonitoring measurements in blood and urine. Biomonitoring measurements are the most health-relevant assessments of exposure, indicating the amount of chemical that actually enters the body from all environmental sources. New York documented unique exposures to toxic chemicals among the residents of New York City by analyzing blood and urine from New York City’s Community Health and Nutrition Examination Survey (CHANES) and by comparing the results to exposure levels from CDC’s National Health and Nutrition Examination Survey (NHANES).

By analyzing up to 20 metals in urine, the state laboratory identified elevated mercury levels in people using mercury-contaminated skin lightening creams. This finding prompted the New York City Department of Health and Mental Hygiene to issue a health alert to notify the public about the risk of using such creams.