How Fragile X Syndrome is Inherited

Fragile X syndrome (FXS) is a genetic disorder. A genetic disorder means that there are changes to the person’s genes. FXS, or the risk for developing FXS, can be passed down from parents to children through genes.

Many people who have a family member with FXS may wonder what this means for their own health or for the health of other family members. If you are concerned or wish to learn more, you may want to talk to a healthcare provider or genetic counselor.

Below is some information to help you understand how FXS and some related conditions can be passed down through genes.

Each cell in the human body contains thousands of genes. Genes determine many things about the person. For example, what the person will look like and whether he or she is likely to have certain illnesses. In addition, genes have instructions for making proteins in the cells. Proteins are needed for the body to work correctly. 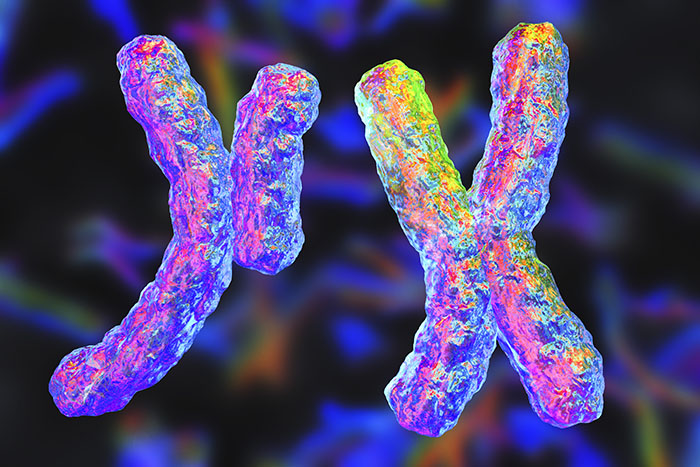 The FMR1 gene is on the X chromosome.

The chromosomes and genes have a special code called DNA. DNA has four chemical letters, called “bases”: A, C, T, and G. The order of the letters determines the information carried in each gene, like the way that a specific pattern of letters makes up the words in a sentence.

How FXS is Inherited

People with a full mutation (more than 200 repeats) have FXS.

Learn more about the genetics of FXSexternal icon