Blacklegged ticks have a 2-to-3-year life cycle. During this time, they go through four life stages: egg, larva, nymph, and adult. After the egg hatches, the larva and nymph each must take a blood meal to develop to the next life stage, and the female needs blood to produce eggs. 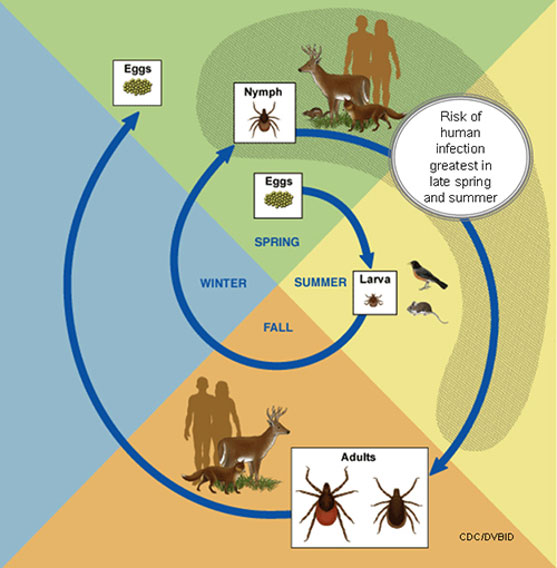 In most cases, a tick must be attached for 36 to 48 hours or more before the Lyme disease bacterium can be transmitted. If you remove a tick quickly (within 24 hours), you can greatly reduce your chances of getting Lyme disease.

In areas of the eastern United States where Lyme disease cases are common, people may be bitten by blacklegged ticks carrying bacteria from spring through the fall. From April through July, nymphs are actively questing for hosts in the environment, and in early spring and fall seasons, adults are most active. Nymphal ticks pose a particularly high risk due to their abundance and small size (about the size of a poppy seed), which makes them difficult to spot. In fact, Lyme disease patients are often not even aware of a tick bite before getting sick. Adult female ticks also can transmit the bacteria but because of their larger size (about the size of sesame seed), they are more likely to be noticed and removed from people before transmission of the bacteria can occur.

Lyme disease can be prevented by avoiding tick bites and promptly removing ticks. 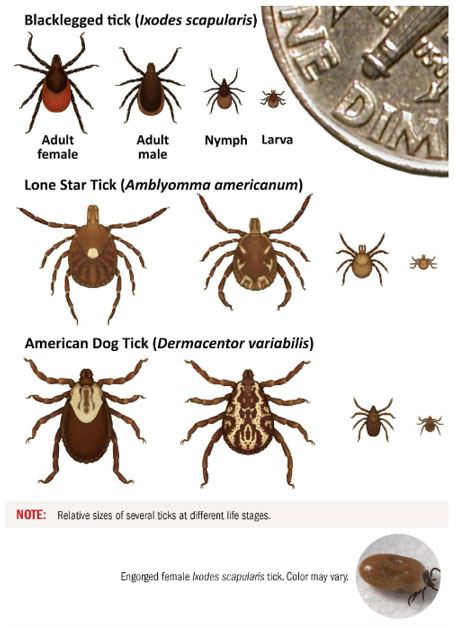