Inflammatory Bowel Disease (IBD): What Is It? 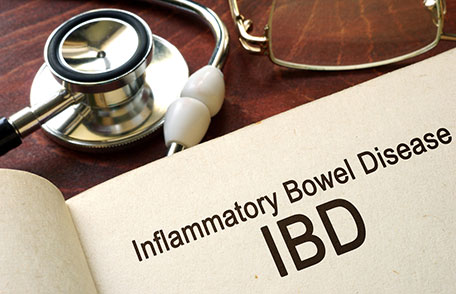 The number of US adults who have been diagnosed with inflammatory bowel disease (IBD) has increased greatly since 1999—from 2 million to 3 million. However, these estimates do not include people younger than 18 who may also have the disease. May 19 is World IBD Day. Learn about IBD.

IBD which is characterized by chronic inflammation of the gastrointestinal (GI) tract1 includes Crohn’s disease and ulcerative colitis. The GI tract extends from the mouth to the anus and includes the organs that digest food, absorb nutrients, and process wastes. Long-term inflammation results in damage to the GI tract.

What are the symptoms of IBD?

Some common symptoms are:

Some of the differences between Crohn’s disease and ulcerative colitis:

Inflammatory bowel disease is a collection of inflammatory conditions of colon and small intestine.

How common is IBD in the United States?

Some groups were more likely to report IBD, including those —

This estimate does not include children younger than 18 years, who may also have IBD. Most people with IBD are diagnosed in their 20s and 30s.

We do not yet know the exact cause of IBD, but it is the result of an improper immune response. A normal immune system attacks foreign organisms, such as viruses and bacteria, to protect the body. In IBD, the immune system responds incorrectly to environmental triggers such as smoking, viruses, or bacteria, which may cause inflammation of the GI tract. There also seems to be a genetic component—someone with a family history of IBD is more likely to develop this inappropriate immune response.

How is IBD diagnosed?

IBD is diagnosed using a combination of endoscopy and colonoscopy (both of which let your doctor see inside your body by inserting an instrument with a very small camera), radiologic imaging (such as X-rays, CT scans, or MRIs), and blood or stool tests.

How is IBD treated?

Several types of medicines may be used to treat IBD. Some vaccinations are also recommended for patients with IBD to prevent infections. For some patients, surgery may be required to remove damaged portions of the GI tract, but advances in treatment with medicines mean that surgery is less common than it was a few decades ago. Since Crohn’s disease and ulcerative colitis affect different parts of the GI tract, the surgical procedures are different for the two conditions.

IBD should not be confused with irritable bowel syndrome or IBS. Although people with IBS may have symptoms similar to IBD, IBD and IBS are very different. IBS is not caused by inflammation and does not damage the bowel. Treatment is also different. Learn more about the difference between IBD and IBSpdf iconexternal icon.

IBD is not celiac disease…