Teens in the United States are less likely than younger children and adults to receive recommended preventive health services in general. Schools can play a critical role in facilitating the delivery of health services to teens, including sexual health services (SHS). Although teens are generally healthy, sometimes they engage in sexual behaviors that put them at risk for HIV, STDs, and pregnancy. For instance, young people (13–24) accounted for an estimated 22% of all new HIV infections in the United States,1 and nearly half of the 20 million new STDs reported each year.2 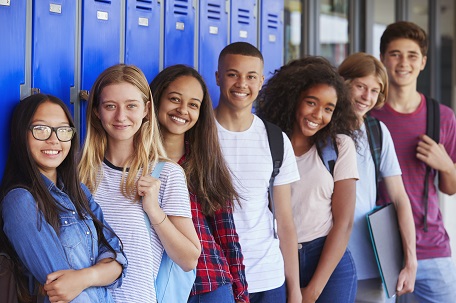 Among U.S. high school students surveyed in 2017, 40% had ever had sex and 54% of sexually active students did not use a condom the last time they had sex.3 Additionally, although teen pregnancy rates have declined consistently during the past 25 years, the rates of unintended pregnancy still remain high.

One way to prevent HIV, STDs and pregnancy among teens is to increase their access to and use of SHS, including HIV testing, contraceptive counseling, gonorrhea and chlamydia testing and treatment, and Human Papillomavirus (HPV) vaccination.4,5

Several national guidelines for preventive care specifically include recommendations for SHS for teens. Despite these official guidelines and recommendations, teens may not seek or have access to recommended SHS. For instance, in 2017, only 9% of all students reported having ever been tested for HIV,3 and a recent online survey of young people found that only 7% of 15-19 year olds had been tested for STDs in the previous year.6

School districts can help teens access SHS either through on-site school services or by referrals to youth-friendly health care providers in the community. Many U.S. schools already have healthcare service infrastructure in place, including school-based health centers (SBHCs) or school nurses, and can play an important role in providing adolescents access to information to help reduce their risk and to services if they are needed. 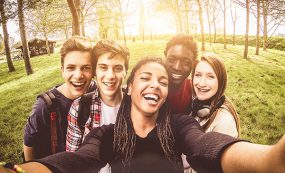 Condom availability programs (CAPs) began in the early 1990s and are one way schools can help prevent HIV, STD, and pregnancy among teens. Research has shown that CAPs in high schools do not increase sexual activity among teens and can increase condom use among sexually active students and students at high risk.

CDC recommends actions that school districts and schools can take to ensure students have access to key SHS through on-site services at schools, or off-site referrals to youth-friendly, community-based health service providers. SHS can be provided by or linked to SBHCs, school nurses, and community healthcare providers.

One of CDC’s key programmatic strategies is to improve schools’ capacity to increase adolescents’ access to key preventive SHS either by providing on-site services or making referrals to adolescent-friendly community-based health service providers. CDC provides program guidancepdf icon on how to increase student access to SHS by encouraging schools to

How Schools Can Support HIV Testing Among Adolescentspdf icon This fact sheet explains why schools are important partners in supporting HIV testing among students and linking them to confidential health services.

Teen Health Services and One-On-One Time with A Healthcare Provider: An Infobrief for Parentspdf icon This infobrief explains how parents can help create a trusting relationship by allowing their teen one-on-one time with their healthcare provider.

How Schools Can Support HIV Testing Among Adolescents pdf icon[PDF – 1 MB] This fact sheet explains why schools are important partners in supporting HIV testing among students and linking them to confidential health services.

Teen Health Services and One-On-One Time with A Healthcare Provider: An Infobrief for Parents pdf icon[PDF – 310 KB] This infobrief explains how parents can help create a trusting relationship by allowing their teen one-on-one time with their healthcare provider.