Due to the low number of documented cases of CHHF, there is limited information about the progression of signs and symptoms of this illness and the incubation period. The incubation period, or the time between initial exposure to the development of symptoms, is variable and ranges from 4 – 21 days for arenaviruses.

The documented signs and symptoms of CHHF from the first and second outbreaks included some or all of the following:

As is the case with other viral hemorrhagic fevers, these symptoms typically occur before later stage hemorrhagic signs (bleeding). The only described CHHF case in the first outbreak in 2003 died 14 days after symptoms began. The second outbreak occurred in 2019 and resulted in five confirmed cases, three of which were fatal (case fatality rate of 60%). Little is known about possible long-term complications or protective immunity following Chapare virus infection.

It is unknown if Chapare virus can be transmitted from mother to child; however, other arenaviruses have been documented to cause infection in utero. Evidence suggests that infection during pregnancy may cause complications, including miscarriage or death of the mother or neonate. 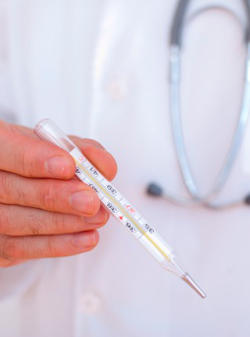