<< Back to Vaccines for Children Program (VFC) Home 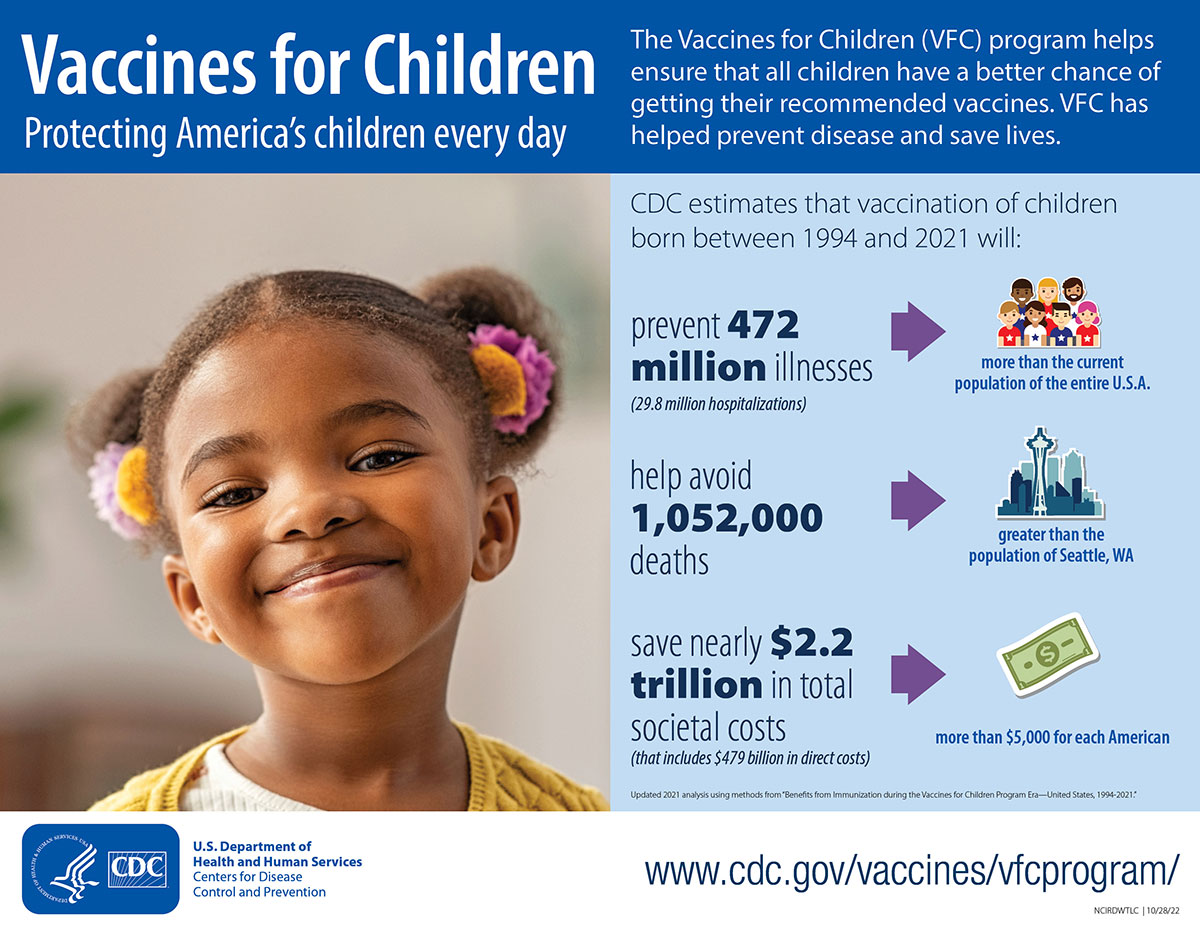 Note: if you need this image as a high-resolution file, contact ncirdwebteam@cdc.gov.

The Vaccines for Children (VFC) program helps ensure that all children have a better chance of getting their recommended vaccines. VFC has helped prevent disease and save lives.

CDC estimates that vaccination of children born between 1994 and 2018 will:

Prevent 419 million illnesses. Image of arrow pointing to graphic of a group of people with text saying “more than the current population of the entire U.S.A.”

Help avoid 936,000 deaths. Image of arrow pointing to a graphic of the skyline of downtown Seattle with text saying “more than the population of Seattle, Washington.”

Save nearly $1.9 trillion in total societal costs (that includes $406 billion in direct costs). Image of arrow pointing to a graphic of a dollar bill with text saying “more than $5,000 for each American.”