Related Pages
Get to Know Jamiann 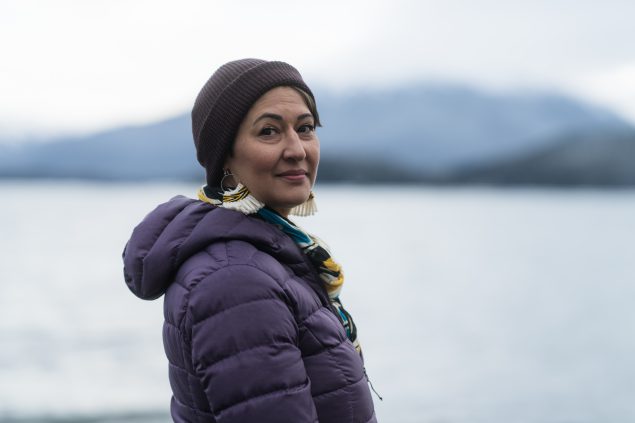 Jamiann struggled with addiction from a young age after she was repeatedly sexually abused from age six to 13 and began using alcohol and other drugs. She grew up in a Tlingit family in Juneau, Alaska, and describes herself as an adventurous child who was active in ballet, tap, jazz, gymnastics, and competitive boxing. She first sought help at 18 years old at a treatment facility in Sitka, Alaska.

Later, in her early twenties, Jamiann became addicted to prescription opioids, which a doctor prescribed to her after knee surgery. At first, Jamiann didn’t see her prescription opioid use as a problem because she was still working and able to function day-to-day, but after getting into a physical altercation, she knew she needed help. Jamiann checked herself into a behavioral health program and enrolled in a woman’s program for Tlingit and Haida Tribes. She has been in recovery for more than three years, and she credits the tribe with saving her.

Today, Jamiann is an administrative assistant for the Office of the President and the Executive Council at the Central Council of the Tlingit and Haida Indian Tribes and is active in her tribe. She is also vice president for the Alaska Native Sisterhood Camp 2 in Juneau, Alaska, an anti-discrimination organization. Although it’s not easy, she enjoys telling people her story knowing that it will help not only Tlingit people but also other Indigenous people. 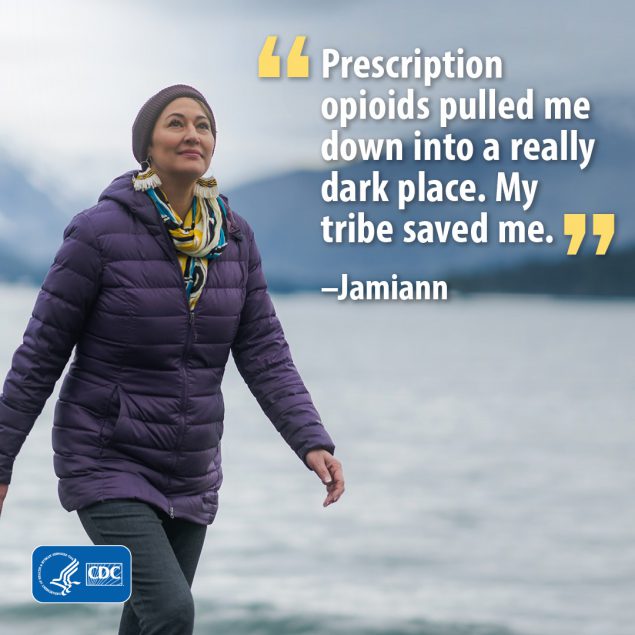 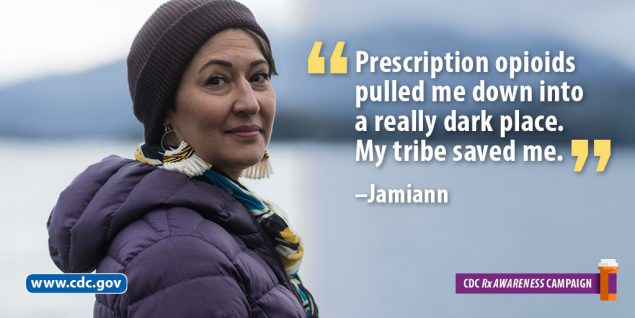