Although many pertussis cases are not diagnosed and therefore not reported, NNDSS is useful for monitoring epidemiologic trends in disease over time. The limitations of laboratory diagnostics make the clinical case definition essential to pertussis surveillance. It is important to determine duration of cough — specifically whether it lasts 14 days or longer — in order to determine if a person’s illness meets the definition of a clinical case.

To view the full list of information requested for pertussis case-patients, refer to the national pertussis surveillance worksheek [2 pages].

Pertussis trends in the United States 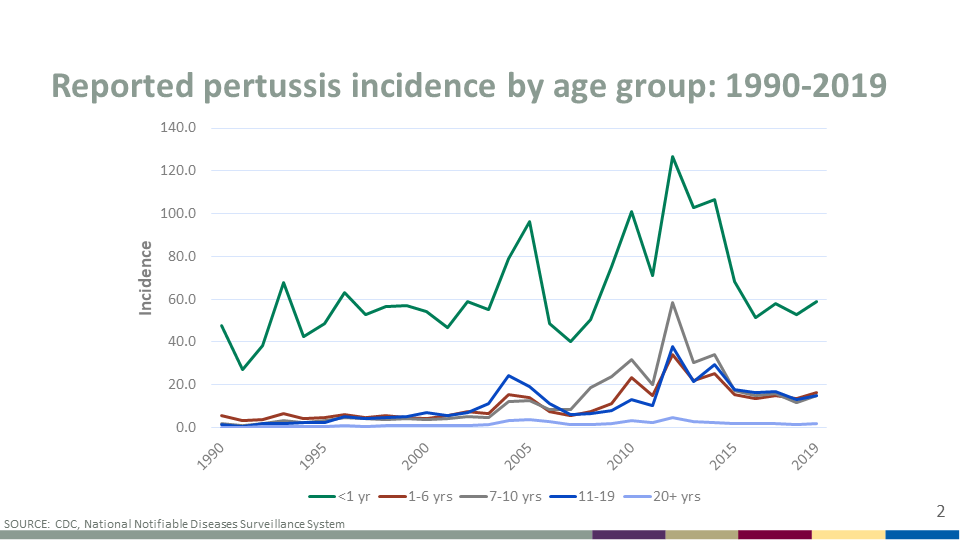 View larger image.
This graph shows reported pertussis incidence (per 100,000 persons) by age group in the United States from 1990–2019. Infants aged <1 year, who are at greatest risk for serious disease and death, continue to have the highest reported rate of pertussis. View data for this chart. 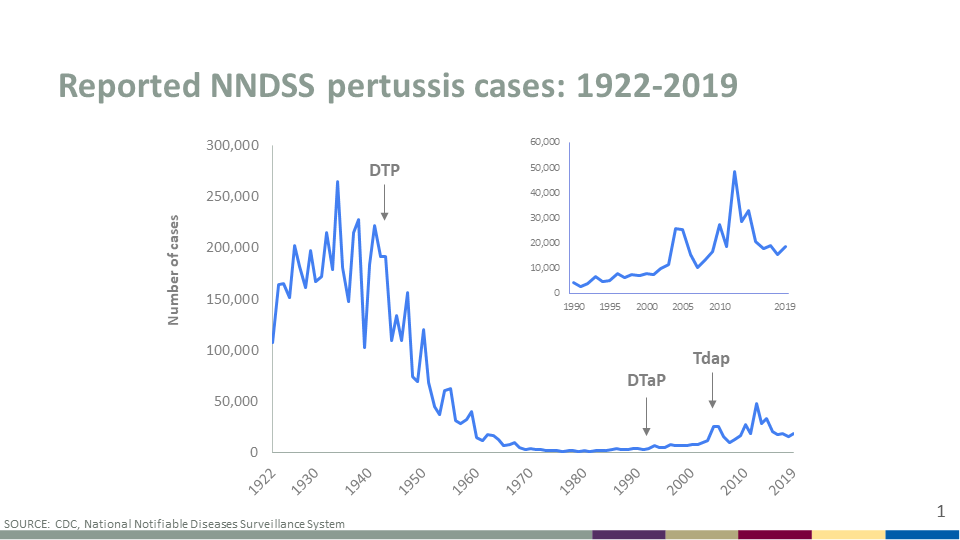 View larger image.
This graph illustrates the number of pertussis cases reported to CDC from 1922 to 2019. Following the introduction of pertussis vaccines in the 1940s when case counts frequently exceeded 100,000 cases per year, reports declined dramatically to fewer than 10,000 by 1965. During the 1980s pertussis reports began increasing gradually, and by 2019 more than 18,000 cases were reported nationwide. View data for this chart.

View pertussis data, including case counts and incidence by state and age, DTaP vaccination history of cases, and pertussis-related deaths.

In the absence of a more likely diagnosis a cough illness lasting ≥2 weeks, with at least one of the following signs or symptoms:

Acute cough illness of any duration with