Malaria vaccine recommended for broader use by WHO: “Best thing since bed nets”

On October 6th, the World Health Organization (WHO) formally recommended the RTS,S malaria vaccine for broader useexternal icon among children in sub-Saharan Africa and in other regions with moderate to high malaria transmission. This is the first time ever that a vaccine has been recommended to combat malaria, a disease that has killed billions of people globally over many centuries.

Malaria researchers from CDC’s Division of Parasitic Diseases and Malaria (DPDM) have been instrumental in this major milestone. CDC’s years of collaboration—including most recently with the RTS,S pilot introduction in Kenya—contributed to the WHO recommendation and helped pave the way for wide scale implementation of this promising new intervention.

“RTS,S is the first malaria vaccine to reach this stage and is likely the best new widely implementable tool to combat malaria since artemisinin-based combination therapy and bed nets,” says Dr. Aaron Samuels, CDC’s Kenya Malaria Program Director, and principal investigator for the evaluation in Kenya.

In Kenya, where malaria is still one of the leading killers of young children, the new vaccine has the potential to save thousands of lives.

WHO recommendation for the RTS,S malaria vaccine

Based upon the advice of two WHO global advisory bodies, one for immunization and the other for malaria:

“WHO recommends that in the context of comprehensive malaria control the RTS,S/AS01 malaria vaccine be used for the prevention of P. falciparum malaria in children living in regions with moderate to high transmission as defined by WHO. RTS,S/AS01 malaria vaccine should be provided in a schedule of 4 doses in children from 5 months of age for the reduction of malaria disease and burden.”1external icon

Next steps include funding decisions from the international community for broader rollout and country decision-making on whether to adopt the vaccine.

Better tools needed in the fight against malaria

Nearly half the world’s population still lives in areas at risk of malaria transmission, and in 2019, malaria was responsible for the deaths of an estimated 409,000 people—mostly children under the age of five in sub-Saharan Africa.2external icon

Relatively new interventions like bed nets and improved availability of antimalarial drugs have helped drive down malaria cases and deaths in recent years. Since 2000, 1.5 billion cases of malaria and 7.6 million deaths have been averted. To make further progress in the fight against malaria, we need better tools.

Scientists at the Walter Reed Army Institute of Research and GlaxoSmithKline began development of the RTS,S vaccine in 1984. For the next 30 years, it was further developed, improved upon, and evaluated through clinical trials.

The pivotal Phase III trial (completed in 2014) showed that the vaccine prevented approximately 4 in 10 (39%) cases of malaria over 4 years and about 3 in 10 (29%) cases of severe malaria among children who received 4 doses of RTS,S.3external icon There were also significant reductions in hospital admissions due to malaria.

“While 39% efficacy seems low for a vaccine, when we consider the sheer burden of malaria, this means potentially a huge reduction in cases and deaths among children,” says Samuels. “For comparison’s sake, bed nets, the staple of malaria prevention in most of sub-Saharan Africa, have an efficacy of 44%.4external icon This isn’t too far off.” 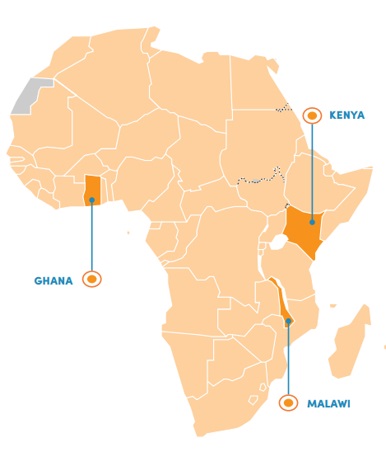 In 2015, the European Medicines Agency provided a positive review of RTS,S and a few months later, WHO recommended the RTS,S vaccine for pilot programs and evaluations. In 2017, Ghana, Malawi, and Kenya were selected for the pilot implementation and evaluation.

Since 2019, DPDM—alongside collaborators from the Kenya Medical Research Institute, the U.S. Army Medical Research Directorate-Africa, CDC Foundation, and KEMRI-Wellcome Trust Research Program—has led the Kenyan phased evaluation. The evaluation helped determine the feasibility of delivering four doses of RTS,S, assessed the impact of the vaccine, and continued monitoring for safety. From April 2019 to August 2021, over 800,000 children received at least one dose of vaccine.

According to Samuels, if RTS,S is implemented at scale, “over 100,000 cases of clinical malaria and 417 deaths will be averted per 100,000 children receiving at least three doses.”

DPDM epidemiologist Dr. Nelli Westercamp points out that malaria vaccines have been in development for many decades. “There have been many promising candidates over the years,” she says. “When I saw the data from RTS,S, I thought to myself ‘Wow. Is this really going to happen?’ This offers a lot of hope.”

While analyzing Phase III data from the Kenyan site, Westercamp says she encountered children who reported having as many as 14 episodes of malaria in a single year. “It’s not common, but some kids in western Kenya are suffering from malaria more than once a month,” reports Westercamp. “If we can reduce malaria incidence by 40%, we can reduce the number of malaria episodes children will suffer through and finally give them a chance to recuperate a bit.”

Samuels also notes how the vaccine could potentially strengthen control and treatment of other diseases that affect Kenya: “In the high malaria transmission seasons in Kenya and in other endemic areas of sub-Saharan Africa, health facilities become overwhelmed by children presenting with malaria. By reducing the number of cases of malaria in children by nearly 40%, we can free up resources and health care workers so they can address other diseases.”

What’s next for RTS,S

To date, more than 2.3 million doses of the vaccine have been administered in three African countries and the vaccine has a favorable safety profile. In areas where the vaccine has been introduced, there has been no decrease in the use of insecticide-treated nets, uptake of other childhood vaccinations, or health seeking behavior for febrile illness. 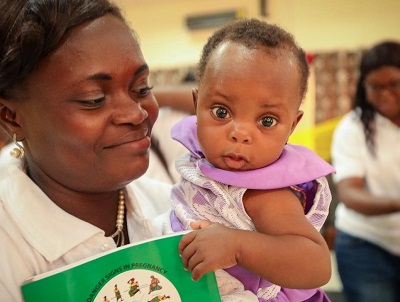 CDC—alongside its global health partners in the U.S. government—recognizes the initial limited availability of the RTS,S vaccine and the need to strategically deploy this vaccine to the specific targeted settings and populations where it is most appropriate and cost effective. Introducing the vaccine to high-transmission, rural areas with poor health access could substantially improve health equity.

Considering its moderate efficacy compared to other childhood vaccinations, we cannot rely on the RTS,S vaccine, on its own, to eliminate the threat of malaria in Kenya or in other countries where malaria is a problem.

However, when coupled with other malaria interventions—insecticide-treated bed nets, indoor residual spraying, and artemisinin-based combination therapies—the new vaccine carries the potential to significantly reduce illness and death from malaria in Africa. Layering use of the vaccine and insecticide treated bed nets results in over 90% of children benefiting from at least one.

“We always talk about how we need new tools to fight malaria, and finally we have something that can drastically reduce the burden of malaria in areas like western Kenya.”

For CDC’s malaria researchers in western Kenya, at CDC headquarters in Atlanta, and stationed around the world where malaria still poses a threat, the WHO recommendation marks the most exciting malaria progress in a generation. “This is a monumental achievement,” says Samuels. “It’s an historic day.”