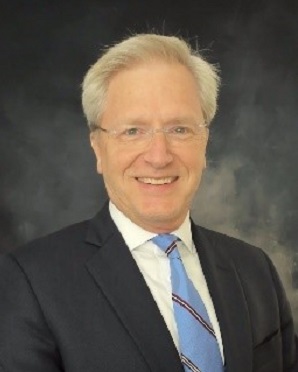 Peter McElroy is the Chief of the Malaria Branch in the Division of Parasitic Diseases and Malaria.

Dr. McElroy had been the Chief of the Program Implementation Unit in the Malaria Branch of DPDM 2014-2019, where he provided leadership and oversight of CDC headquarters and field staff assigned to the U.S. President’s Malaria Initiative (PMI) working in 24 African countries and in the Greater Mekong Subregion. Prior to serving in this role, he was the CDC PMI Team’s Regional Coordinator for East Africa, supervising field staff and contributing malaria control expertise to Ethiopia, Kenya, Rwanda, Tanzania, and Uganda.

From 2007-2012, Dr. McElroy was posted to the United Republic of Tanzania where he served as the CDC Resident Advisor to PMI/Tanzania. In this technical role he helped coordinate U.S. Government malaria assistance to the Tanzania Mainland and Zanzibar National Malaria Control Programs. His cross-cutting duties in Tanzania included development of malaria control policies and strategies to implement, monitor, and evaluate the national scale-up of malaria interventions. During his time in Tanzania, McElroy served on the Scientific Steering Committee of the Ifakara Health Institute and contributed to workgroups and task forces convened by the Ministry of Health of the Tanzania Mainland and Zanzibar.

Dr. McElroy has extensive experience conducting fieldwork in TB, HIV, and malaria and has co-authored over 60 scientific publications. Before PMI, Dr. McElroy worked in the Division of HIV/AIDS Prevention (2004-2006) where he co-supervised CDC’s first investigation of HIV transmission in a state-wide prison system and collaborated with the National Institutes of Health (NIH) to establish HIV/AIDS vaccine testing sites in western Kenya and Cameroon.  He also spent 6 years in the Division of Tuberculosis Elimination at CDC, including as an Epidemic Intelligence Service Officer (1999-2001). He led over a dozen TB outbreak investigations with state and local health departments, studied the use of transmission network analysis for improving TB contact tracing, and organized a nationwide investigation of deaths associated with rifampin/pyrazinamide treatment for latent TB infection.

Additional highlights of Dr. McElroy’s career include several CDC emergency deployments including to Liberia for Ebola outbreak response in 2015, Hurricane Katrina in 2005, and anthrax response in 2001, a secondment to WHO/Uganda to help strengthen polio immunization and surveillance efforts, and time with the U.S. Navy’s Malaria Vaccine Development Program in Maryland and the CDC–Kenya Field Station in Kisumu. He also served as a Peace Corps Volunteer in Kenya.

Dr. McElroy earned his PhD in epidemiology and MPH from the University of Michigan, School of Public Health.