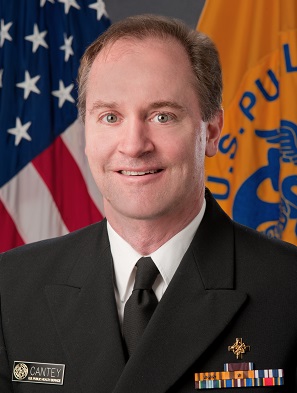 Dr. Cantey is involved in research, investigations, and programmatic work for several parasitic diseases, including onchocerciasis, lymphatic filariasis, Chagas disease, cysticercosis, cyclosporiasis, scabies, and Onchocerca lupi infection. His major focus has been onchocerciasis in Uganda, Ethiopia, the Democratic Republic of Congo, the United Republic of Tanzania, and Togo in collaboration with CDC colleagues, the African Field Epidemiology Network, and partners in national neglected tropical disease (NTD) programs. He also served as the medical officer for onchocerciasis and scabies at the World Health Organization. Dr. Cantey has served on several CDC emergency responses, including the post-earthquake and cholera responses in Haiti, the Ebola response in Guinea, and the response to COVID-19 on the Diamond Princess in Japan.

Dr. Cantey earned his BS in Biology at the University of North Carolina at Chapel Hill, his MD from Emory University, and his MPH in Epidemiology at the Rollins School of Public Health. He completed a residency in internal medicine at Emory University and then joined the Emory Faculty for 6 years, where he taught medical students and residents at Grady Hospital. He left Emory in 2007 to begin working at CDC.