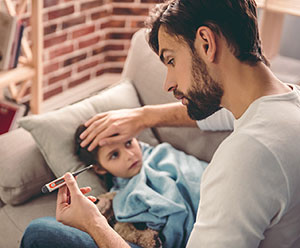 Human parainfluenza viruses (HPIVs) commonly cause upper and lower respiratory illnesses in infants, young children, older adults, and people with weakened immune systems, but anyone can get infected. After you get infected, it takes about 2 to 7 days before you develop symptoms.

Symptoms of upper respiratory illness may include

Symptoms of lower respiratory illness may include

Other symptoms of HPIV illness may include

If your symptoms are severe or do not improve, you should seek medical attention.

You can have multiple HPIV illnesses in your lifetime.