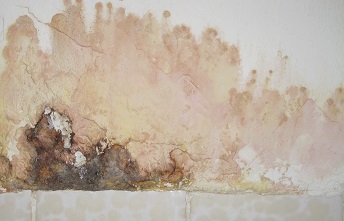 Mold is a fungal growth that forms and spreads on various kinds of damp or decaying organic matter. There are many different mold species that come in many different colors. Molds are sometimes referred to as mildew. They are found both indoors and outdoors in all climates, during all seasons of the year. Outdoors, molds survive by using plants and decaying organic matter such as fallen leaves as a source of nutrition. Indoors, molds need moisture and a carbon source from building materials or building contents to grow.

Excess moisture is generally the cause of indoor mold growth. Molds reproduce by releasing tiny spores that float through the air until landing in other locations. When they settle on wet or moist surfaces, the spores can form new mold colonies. Moderate temperatures and available nutrient sources make most office buildings ideal for mold growth.

Exposure to molds has occurred throughout history. The types of molds found in office buildings are not rare or even unusual. It is important to understand that no indoor space is completely free from mold spores – not even a surgical operating room. Molds are everywhere, making our exposure to molds unavoidable, whether indoors or outdoors, at home or at work.

Certain molds are toxigenic, meaning they can produce toxins (mycotoxins). However, the molds themselves are not toxic or poisonous. Hazards presented by molds that may produce mycotoxins, such as Stachybotrys chartarum, should be considered the same as other common molds which can grow in your house or workplace. There is contradicting research on whether toxigenic mold found indoors causes rare health conditions such as bleeding in the lungs. Research is ongoing in this area.