World Leprosy Day is observed on the last Sunday of January each year. Established in 1954 by French philanthropist Raoul Follereau, it aims to raise awareness about leprosy (now called Hansen’s disease) and teach people about this ancient disease that is easily curable today. While rare in the United States, many people around the world continue to suffer from this curable disease due to lack of access to basic medical care and continued stigma surrounding the illness.

Leprosy was renamed Hansen’s disease after Norwegian scientist Gerhard Henrik Armauer Hansen, who in 1873 discovered the slow-growing bacterium now known as Mycobacterium leprae as the cause of the illness. It is difficult to catch, and it can take many years to develop symptoms of the disease following an infection. However, people who catch the disease can easily be cured with antibiotics.

Together, we can put a stop to discrimination and stigma against people with Hansen’s disease. We can learn to recognize symptoms and know when to see a physician for diagnosis. Educate yourself and your community and separate the facts from the myths about Hansen’s disease. 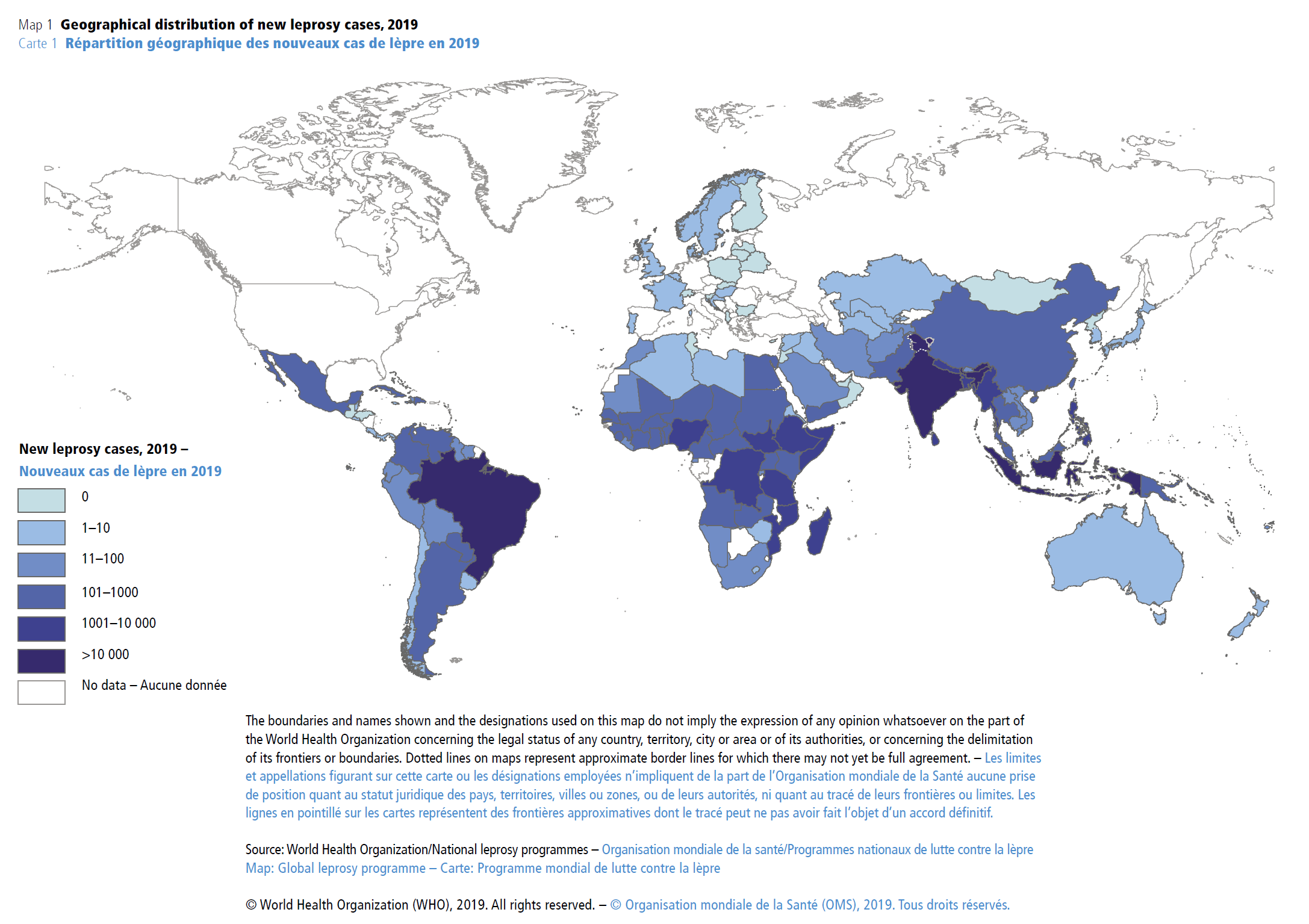 Geographical distribution of new cases of Hansen’s disease reported to WHO in 2016. Courtesy of WHO pdf icon[PDF – 1.6 MB]external icon. 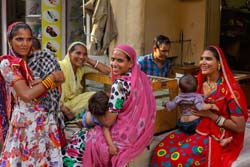 Hansen’s disease mainly affects people in resource-limited countries, especially those who live in crowded conditions. Many have difficulty accessing health care due to high costs of going to the doctor and long distances to reach providers and clinics familiar with Hansen’s disease. Because of this, many of those affected don’t complete treatment or don’t receive it at all, even though the WHO has a program that provides free treatment. Due the continued stigma against people with Hansen’s disease, they may not seek help when first symptoms appear, causing delay in diagnosis and development of disabilities.

Girls and women affected by Hansen’s disease face the added issue of gender and social discrimination, which may also delay detection of the disease. In some countries, the law allows a person to legally divorce a spouse because they are affected by the disease. Unfortunately, this may leave many women destitute, homeless, and unable to care for their children.

Many people living with Hansen’s disease are unable to work due to disability caused by the disease or may face stigma that prevents them from working.

The good news is that Hansen’s disease is curable with antibiotics. Education and improving access to basic health services for all are keys to successful elimination of stigma and disability associated with the illness.

There are some misconceptions about Hansen’s disease that continue to cause confusion and fuel stigma and discrimination. Here are seven common questions and answers about the disease so you can get the facts.

Leprosy (Hansen’s disease) is hard to catch. In fact, 95% of adults cannot catch it because their immune system can fight off the bacteria that causes HD.

Can leprosy cause the fingers and toes to fall off?

The digits do not “fall off” due to leprosy. The bacteria that causes leprosy attacks the nerves of the fingers and toes and causes them to become numb. Burns and cuts on numb parts may go unnoticed, which may lead to infection and permanent damage, and eventually the body may reabsorb the digit. This happens in advanced stages of untreated disease.

Is the leprosy described in historical texts the same leprosy we know today?

Historical leprosy is not the same as modern leprosy. The “leprosy” found in historical and religious texts described a variety of skin conditions from rashes and patchy skin to swelling. They were noted to be very contagious, which is not true for Hansen’s disease. Historical leprosy also did not have some of the most obvious signs of modern Hansen’s disease, like disfigurement, blindness, and loss of pain sensation. The term was also used for mildew on a person’s clothes, possessions or living quarters.

Do people who have leprosy need to live in special houses isolated from healthy people?

People with leprosy who are being treated with antibiotics can live a normal life among their family and friends and can continue to attend work or school.

Can you get leprosy when sitting next to someone who has the disease?

You cannot get leprosy through casual contact such as shaking hands, sitting next to, or talking to someone who has the disease.

Is there a cure for leprosy?

Leprosy can be cured with antibiotic treatment.

How long is someone with leprosy contagious?

A person is not contagious after a few days of starting the treatment with antibiotics. However, the treatment must be finished as prescribed (which may take up to 2 years) to make sure the infection doesn’t come back.

What You Can Do to Help

Many people think of leprosy as an ancient disease that was eradicated many years ago. But each year, thousands of men, women, and children all over the world develop this disease. Despite effective treatment, leprosy is one of the world’s most stigmatized diseases, and people living with leprosy-related disabilities in many countries are shunned, denied basic human rights, and discriminated against. The stigma of leprosy affects the physical, psychological, social, and economic well-being of those with leprosy, contributing to the cycle of poverty in the affected regions.

During World Leprosy Day, we seek to increase public understanding of Hansen’s disease and tackle the social stigma attached to this completely curable disease.

How can you do your part?