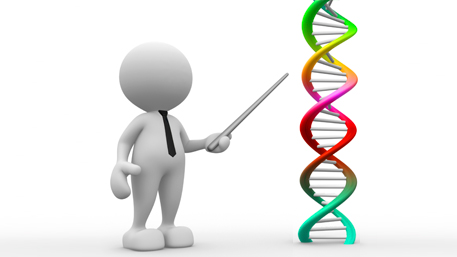 Your genes play an important role in your health, but so do your behaviors and environment, such as what you eat and how physically active you are. Epigenetics is the study of how your behaviors and environment can cause changes that affect the way your genes work. Unlike genetic changes, epigenetic changes are reversible and do not change your DNA sequence, but they can change how your body reads a DNA sequence.

How Does Epigenetics Work?

DNA wraps around proteins called histones. When histones are tightly packed together, proteins that ‘read’ the gene cannot access the DNA as easily, so the gene is turned “off.” When histones are loosely packed, more DNA is exposed or not wrapped around a histone and can be accessed by proteins that ‘read’ the gene, so the gene is turned “on.” Chemical groups can be added or removed from histones to make the histones more tightly or loosely packed, turning genes “off” or “on.”

How Can Your Epigenetics Change?

Your epigenetics change as you age, both as part of normal development and aging and in response to your behaviors and environment.

Smoking can result in epigenetic changes. For example, at certain parts of the AHRR gene, smokers tend to have less DNA methylation than non-smokers. The difference is greater for heavy smokers and long-term smokers. After quitting smoking, former smokers can begin to have increased DNA methylation at this gene. Eventually, they can reach levels similar to those of non-smokers. In some cases, this can happen in under a year, but the length of time depends on how long and how much someone smoked before quitting (2).

Epigenetic changes can affect your health in different ways:

Colorectal cancers have abnormal methylation at DNA regions near certain genes, which affects expression of these genes. Some commercial colorectal cancer screening tests use stool samples to look for abnormal DNA methylation levels at one or more of these DNA regions. It is important to know that if the test result is positive or abnormal, a colonoscopy test is needed to complete the screening process (5).