What is Duty to Warn?

“Duty to warn” is a legal concept that indicates possible liability for healthcare providers if no warning of possible harm is given in certain circumstances.

Does Duty to Warn apply to Healthcare Providers and STD Diagnoses?

What is Duty to Warn in Health Law?

In the area of health law, “duty to warn” describes a physician’s responsibility to warn an identifiable third party of a potential serious threat of harm to their health. It is based on findings from a widely referenced case: Tarasoff v. Regents of the University of California, in which a court found that a psychologist should have warned his patient’s girlfriend after his patient told the psychologist of his intention to kill her, despite the competing consideration of physician/patient confidentiality.

In the U.S., a diagnosed case of certain sexually transmitted diseases (STDs) can trigger:

Although many healthcare providers engaged in STD prevention, diagnosis, and treatment might believe an actual “duty to warn” law exists in all or most of the states around the country, in reality, very few states have laws or regulations in place specific to common bacterial STDs (e.g., chlamydia, gonorrhea, and syphilis).

The only action that physicians are required to take beyond diagnosis and treatment of their patient is reporting the case to the state or local health department, per the laws of their state. Physician duties generally do not extend to sex partners of diagnosed patients, and as a result, sex partners are not always notified. Some states may require additional reporting of “suspected cases,” which can include partners of diagnosed patients.

Many state health departments, however, often use partner notification and contact tracing — two integral components of partner services — to break the chain of STD transmission because these strategies can help pinpoint the window of possible infection. They are most often used when syphilis is the STD in question because of the serious, long-term health risks associated with non-treatment. Limited partner notification services for other STDs (e.g., gonorrhea and chlamydia) may be conducted based on health department resources. Health departments also can encourage patients to notify their partners or provide patients with medication for their partners—a practice known as expedited partner therapy (EPT). All patients diagnosed with an STD are covered by patient confidentiality, and specially trained health department staff conduct contact tracing and partner notification while maintaining confidentiality. These activities are widely seen as effective in reducing the STD burden in communities and are supported by CDC. 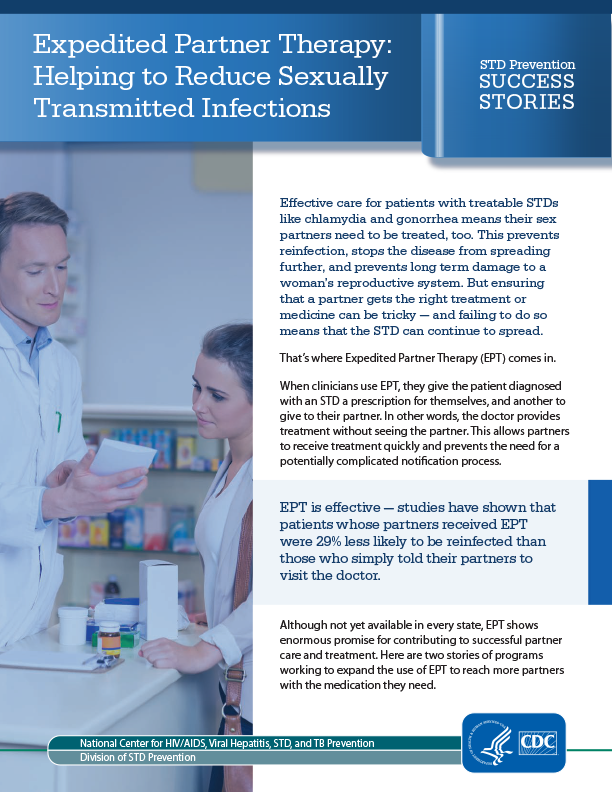 Expedited Partner Therapy: Helping to Reduce Sexually Transmitted Infections
Illinois and Chicago working to expand the use of EPT to reach more partners with the medication they need. 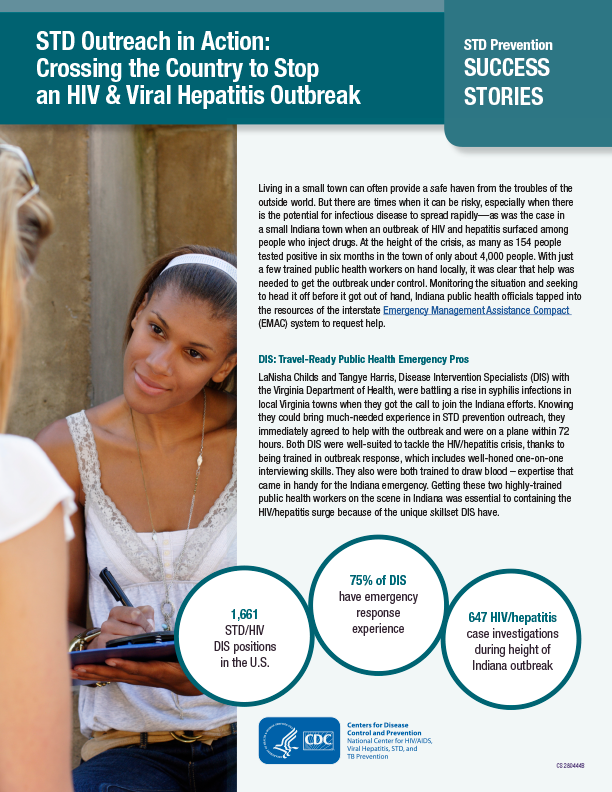 What is the bottom line regarding Duty to Warn for STDs in the U.S.?

Currently, partner notification and other activities that could be interpreted as “warnings” are limited to health departments, while healthcare providers’ duties focus on their patients. However, three states do impose legal duties on the healthcare provider/patient relationship for third parties, even if these states do not require a “warning.” These legal duties vary in each of the three states:

Ultimately, a bacterial STD diagnosis does not automatically trigger a legal requirement for “duty to warn” because these STDs do not typically represent an “imminent danger” of “serious bodily harm.” Currently, the most common bacterial STDs are relatively easily cured with a single or short course of antibiotics. Additionally, practical reasons exist for not routinely performing a “duty to warn” for STDs, including:

The responsibility for STD reporting and partner notification currently lies in the hands of individual states – there is no universal “duty to warn” law in place at the present time, although STD diagnoses do sometimes trigger actions beyond the physician’s care of their patient and may involve consideration of the care of their patient’s sex partner.