Rodents serve as the primary host for OHFV, which is transmitted to rodents from the bite of an infected tick. Common tick vectors include Dermacentor reticulatus, Dermacentor marginatus, Ixodes persulcatus and common rodents infected with OHFV include the muskrat (Ondatra zibethica), water vole (Arvicola terrestris), and narrow-skulled voles (Microtus gregalis). Muskrats are not native to the Omsk region but were introduced to the area and are now a common target for hunters and trappers. When infected with the virus, muskrats can become ill and die.

OHF occurs in the western Siberia regions of Omsk, Novosibirsk, Kurgan and Tyumen.

Humans can become infected through direct tick or rodent exposure...

Symptoms may appear after 3-8 days after exposure to OHFV...

People with recreational or occupational exposure to rural or outdoor settings...

OHF virus may be detected in blood samples by virus isolation in cell culture...

There is no specific treatment for OHF, but supportive therapy is important... 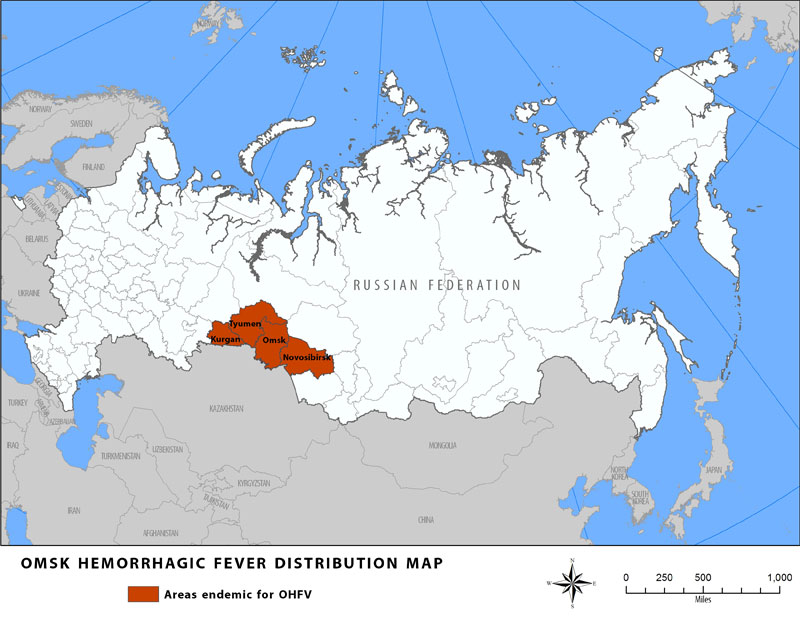 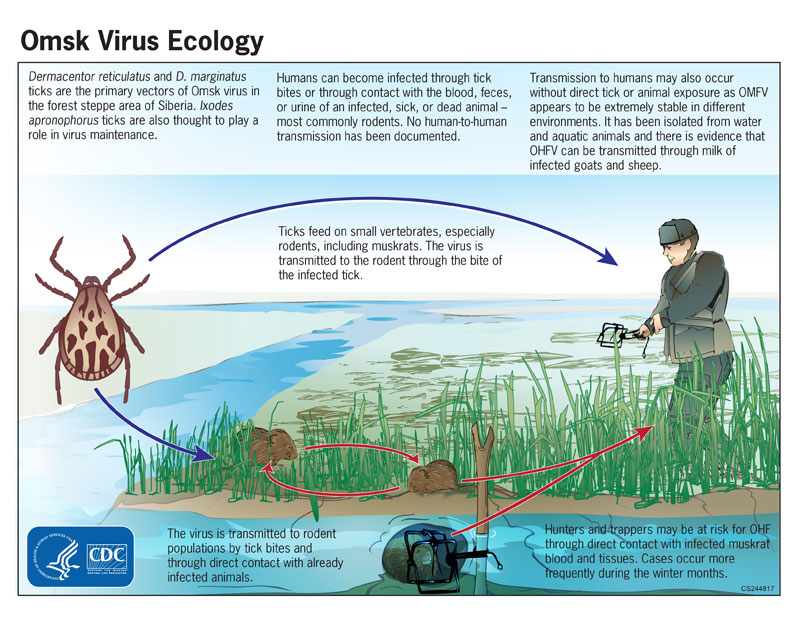