Hard ticks (Hemaphysalis spinigera) are the reservoir of KFD virus and once infected, remain so for life. Rodents, shrews, and monkeys are common hosts for KFDV after being bitten by an infected tick. KFDV can cause epizootics with high fatality in primates.

Transmission to humans may occur after a tick bite or contact with an infected animal...

Symptoms of KFD may appear suddenly 3-8 days after exposure...

KFD has historically been limited to the western and central districts of Karnataka State, India...

Diagnosis can be made in the early stage of illness by molecular detection by PCR...

Hospitalization and supportive therapy is important for treating KFD...

A vaccine does exist for KFD and is used in endemic areas of India... 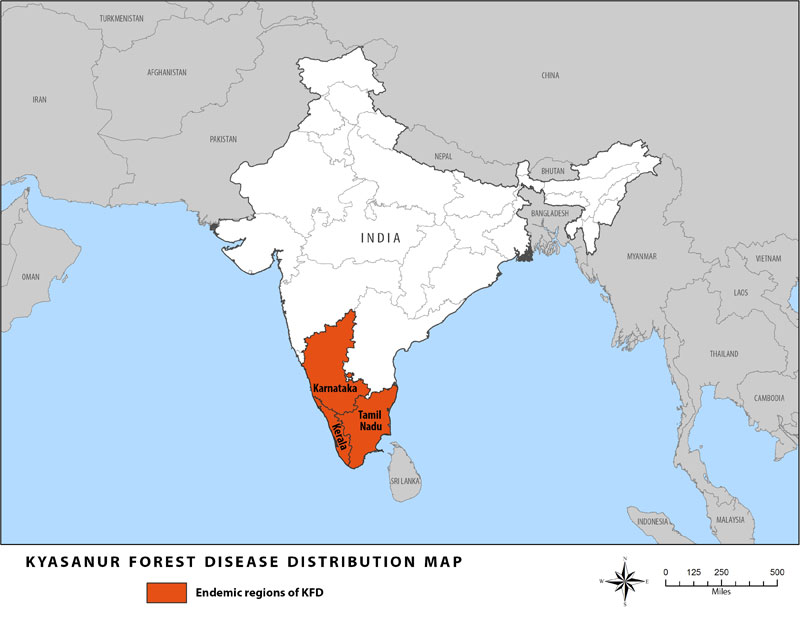