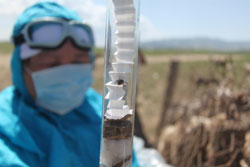 Crimean-Congo hemorrhagic fever (CCHF) is caused by infection with a tick-borne virus (Nairovirus) in the family Bunyaviridae. The disease was first characterized in the Crimea in 1944 and given the name Crimean hemorrhagic fever. It was then later recognized in 1969 as the cause of illness in the Congo, thus resulting in the current name of the disease.

Crimean-Congo hemorrhagic fever is found in Eastern Europe, particularly in the former Soviet Union, throughout the Mediterranean, in northwestern China, central Asia, southern Europe, Africa, the Middle East, and the Indian subcontinent.

Ixodid (hard) ticks are both a reservoir and a vector for the CCHF virus...

The onset of CCHF is sudden, with initial signs and symptoms including headache, high fever, back pain, joint pain, stomach pain, and vomiting...

Animal herders, livestock workers, and slaughterhouse workers in endemic areas are at risk of CCHF...

Treatment for CCHF is primarily supportive...

Agricultural workers and others working with animals should use insect repellent on exposed skin and clothing... 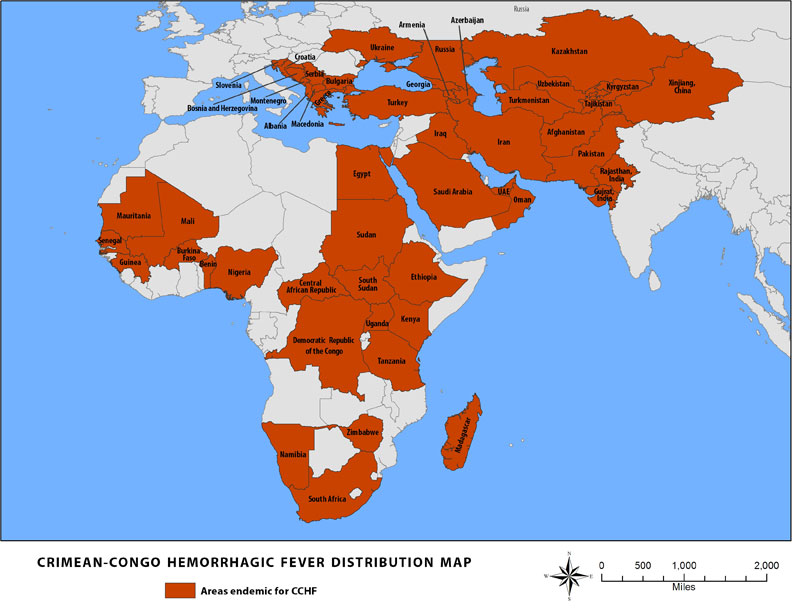