This 2005 photograph depicted a cutaneous abscess located on the hip of a prison inmate, which had begun to spontaneously drain, releasing its purulent contents. The abscess was caused by methicillin-resistant Staphylococcus aureus bacteria, referred to by the acronym MRSA. 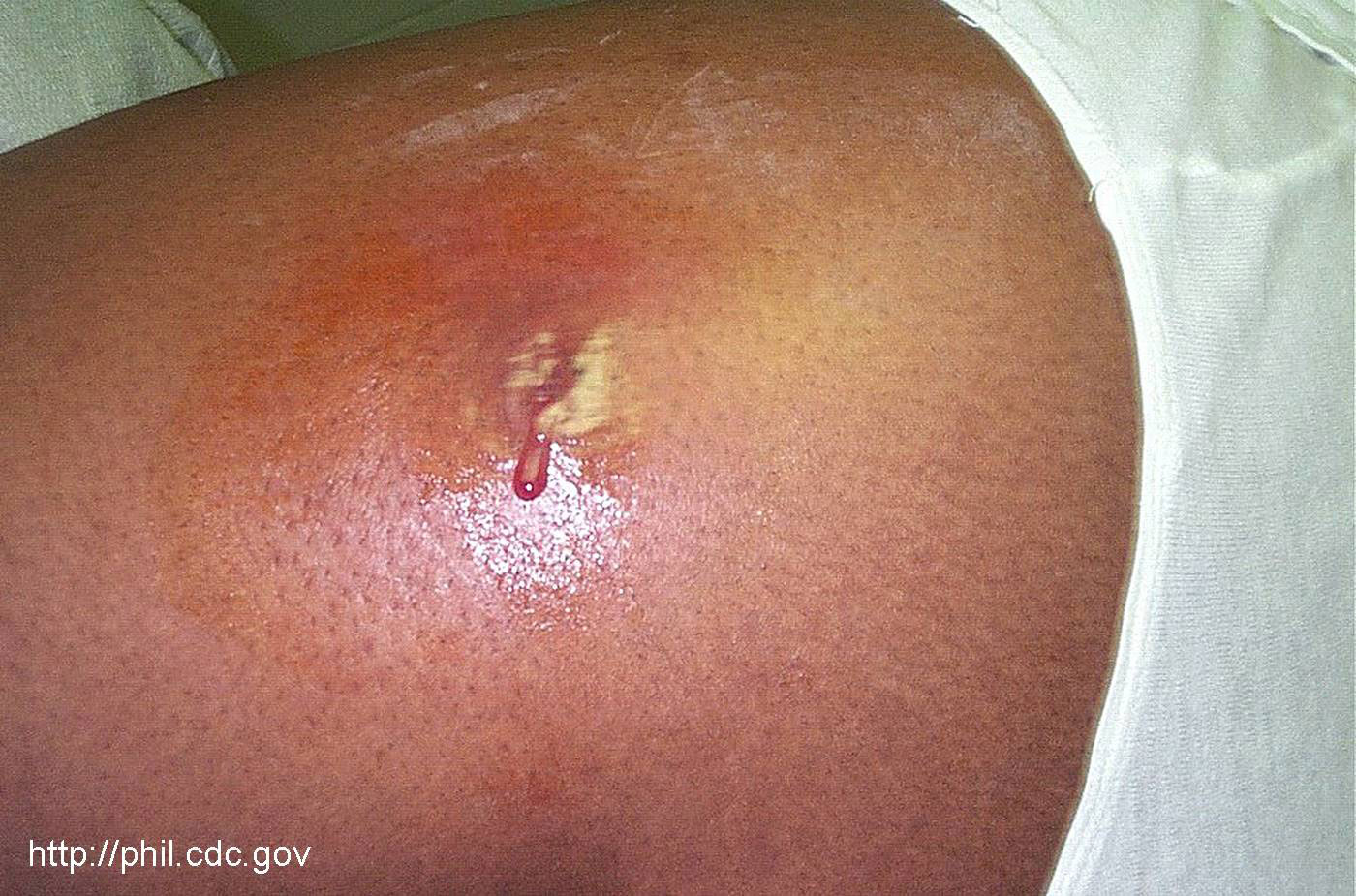 Photo credit: Public Health Image Library (PHIL)
Copyright Restrictions:
This image is in the public domain and thus free of any copyright restrictions. As a matter of courtesy we request that the content provider be credited and notified in any public or private usage of this image.\