Footnotes
*Data are provisional and might not reflect the actual number of Zika virus disease cases due to delays in reporting.

**These presumed locally acquired cases of Zika in the U.S. territories were diagnosed using serologic testing, which detects antibodies against Zika. Since antibodies against Zika can persist for years after infection, serology cannot distinguish between a recent or past infection. Additionally, Zika and dengue virus antibodies cross-react, making it difficult to diagnose which virus is the cause of the current illness. None of these probable cases have tested positive using molecular testing, which detects the presence of the virus in the body and is the best indicator of a recent infection. In 2020, there have been no confirmed Zika virus disease cases reported from U.S. territories. Additionally, a large number of suspect Zika cases from the territories have been tested using molecular testing and none have been positive.

‡Sexually transmitted cases are not reported for US territories because with local transmission of Zika virus it is not possible to determine whether infection occurred due to mosquito-borne or sexual transmission. 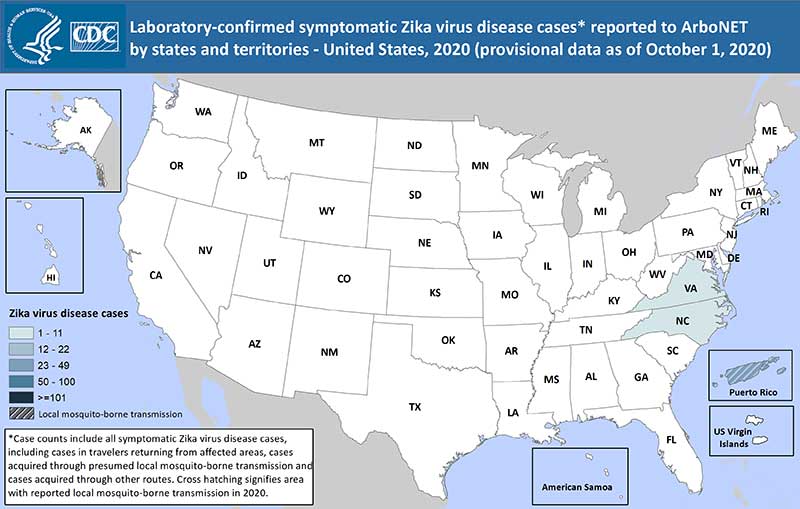