‡Sexually transmitted cases are not reported for US territories because with local transmission of Zika virus it is not possible to determine whether infection occurred due to mosquito-borne or sexual transmission. 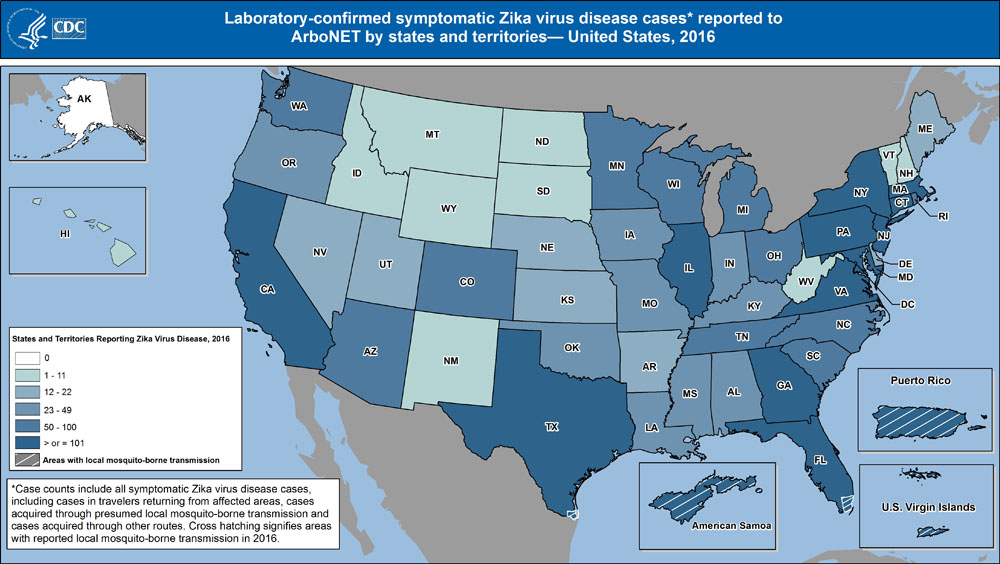 ‡Includes 218 cases in Florida and 6 cases in Texas that were acquired through presumed local mosquito-borne transmission.