Secondhand smoke and the harmful chemicals in it are known causes of Sudden Infant Death Syndrome, RESPIRATORY INFECTIONS, ear infections, and asthma attacks in infants and children. They are also known causes of HEART DISEASE, stroke, and lung cancer in adult nonsmokers. 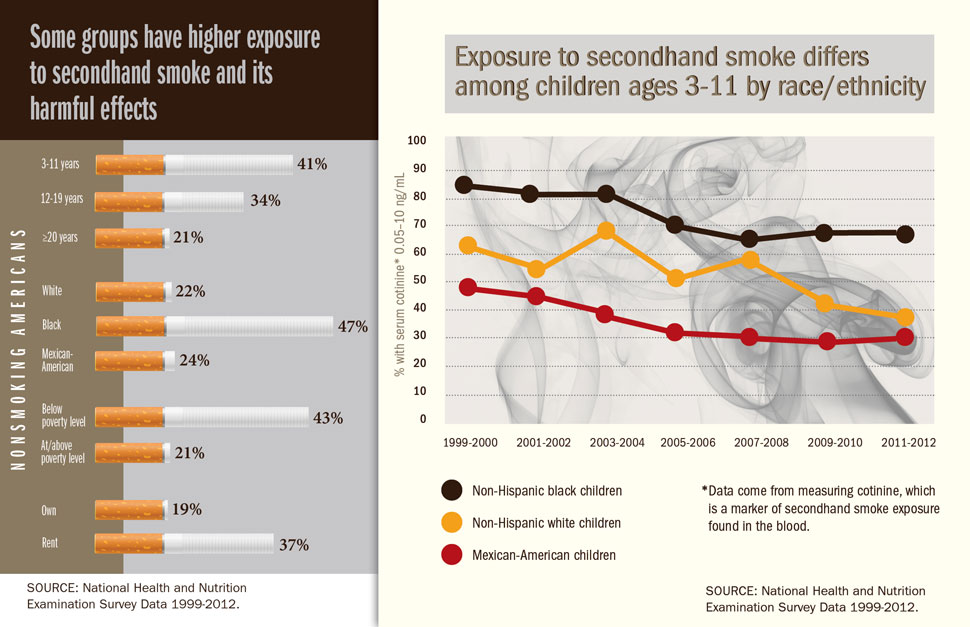 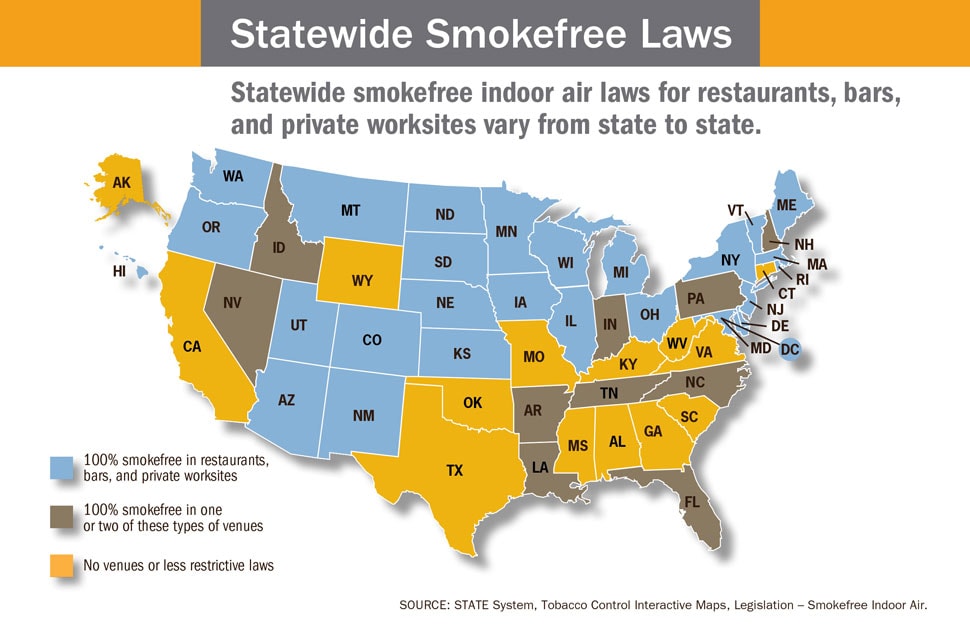 Map of the United states with those states who support smoke free laws colored either blue, brown or yellow depending on how comprehensive their laws are.

100% smokefree in one or two of these types of venues

No venues or less restrictive laws