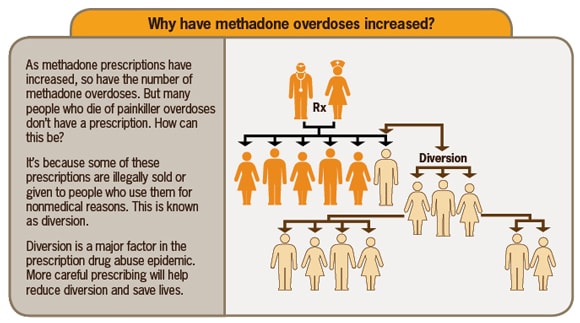 Why have methadone overdoses increased?

As methadone prescriptions have increased, so have the number of methadone overdoses. But many people who die of painkiller overdoses don’t have a prescription. How can this be?

It’s because some of these prescriptions are illegally sold or given to people who use them for nonmedical reasons. This is known as diversion.

Diversion is a major factor in the prescription drug abuse epidemic. More careful prescribing will help reduce diversion and save lives. 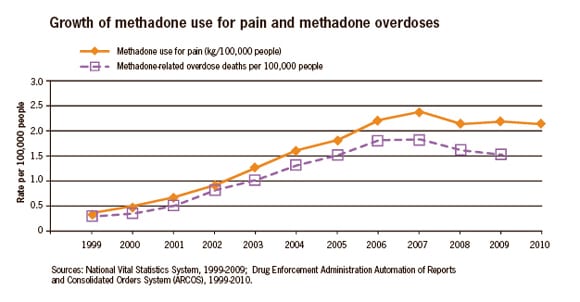 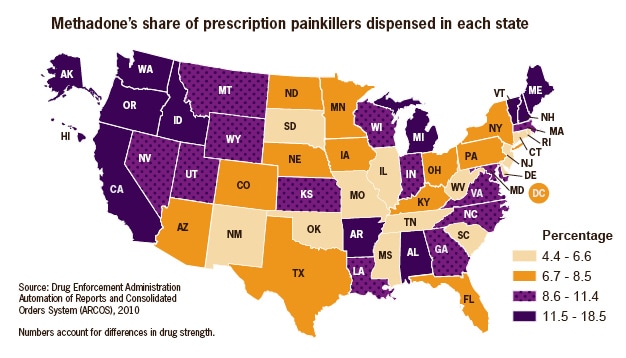