HIV and Injection Drug Use

HIV and Injection Drug Use 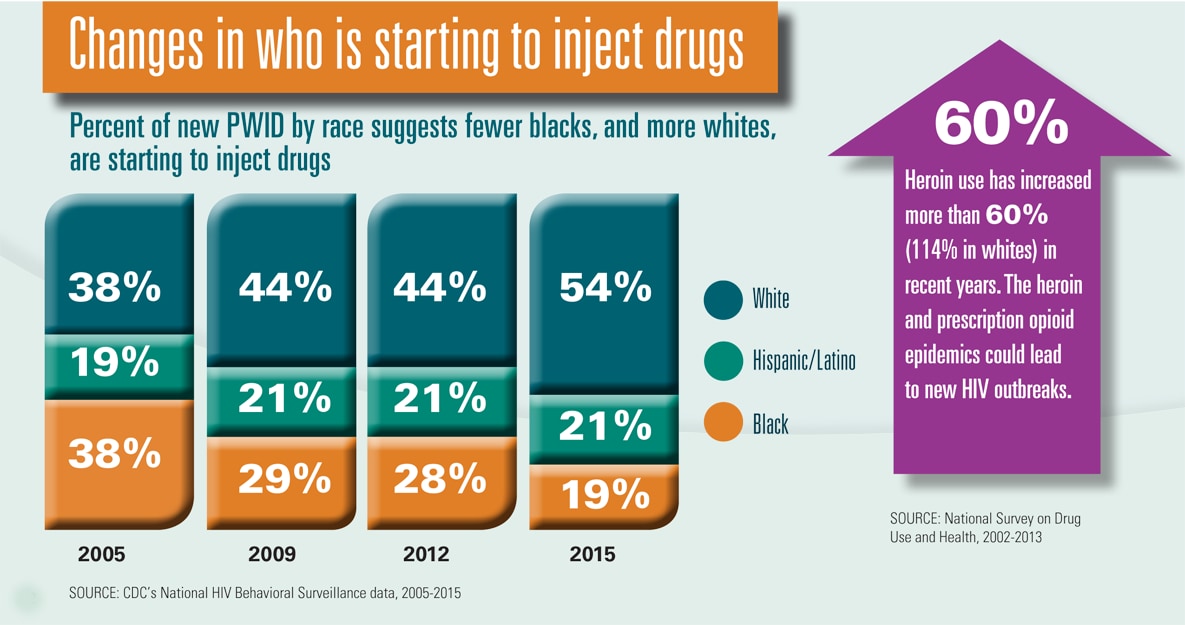 Changes in who is starting to inject drugs

The percent of new PWID by race has changed over time, suggesting fewer blacks, and more whites, are starting to inject drugs.

Heroin use has increased more than 60% (114% in whites) in recent years. The heroin and prescription opioid epidemics could lead to new HIV outbreaks. 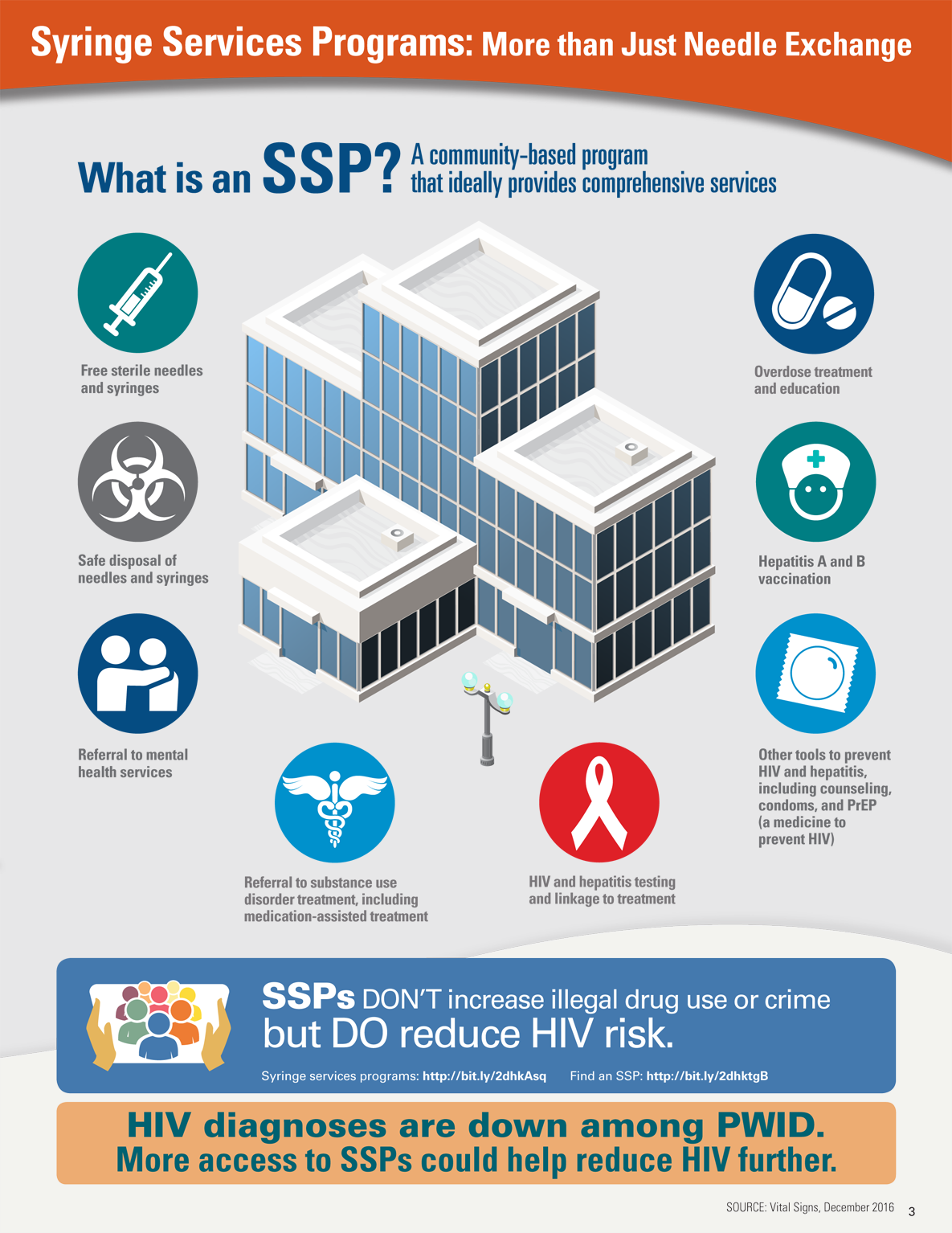 An SSP is a community-based program that ideally provides comprehensive services:

SSPs don’t increase illegal drug use or crime but do reduce HIV risk.

HIV diagnoses are down among PWID. More access to SSPs could help reduce HIV further.