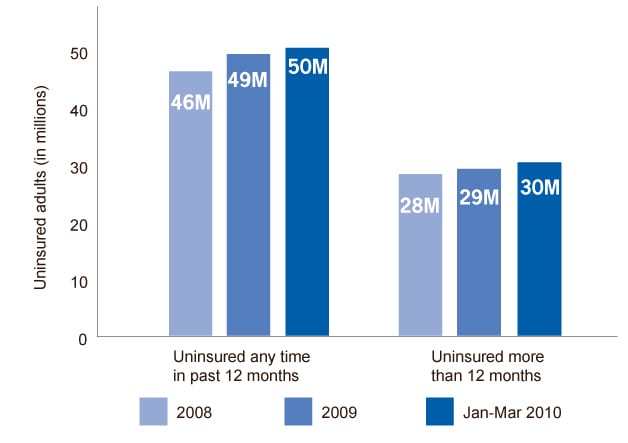 This graph shows how many adults between 18 and 64 years old were uninsured every year since 2008. There are two groups and the number of uninsured people increased every year in both groups. Specifically, 28 million adults were uninsured for more than a year in 2008, 29 million in 2009, and 30 million in the first 3 months of 2010. At the same time, 46, 49, and 50 million people reported that they had been uninsured for part of the previous year in 2008, 2009, and the first 3 months of 2010. The data come from the National Health Interview Survey and are available at http://www.cdc.gov/nchs/nhis.htm. 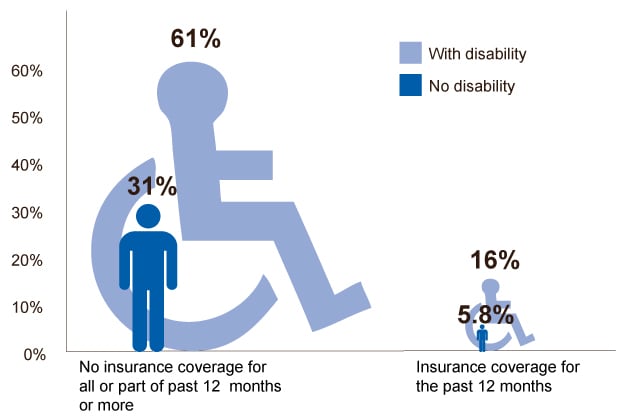 This graph shows how disability affects access to health care. About 60% of adults 18 â€” 64 years who had no insurance coverage for all or part of the last 12 months or more, skipped or delayed medical care because of cost. Among those adults with continuous insurance coverage during the past year, 16% of people (or 1 in 6) with a disability and 5-point-8 percent of people without a disability skipped or delayed medical care. The data come from the National Health Interview Survey. 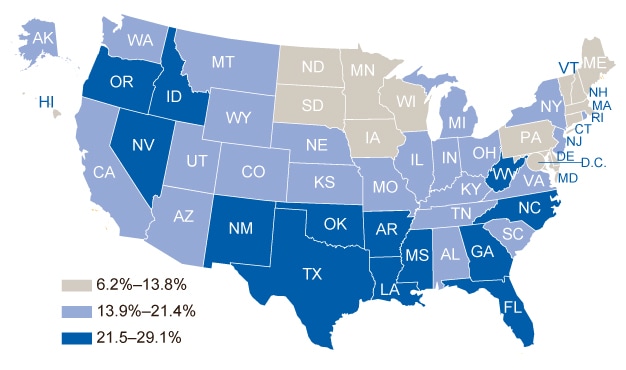