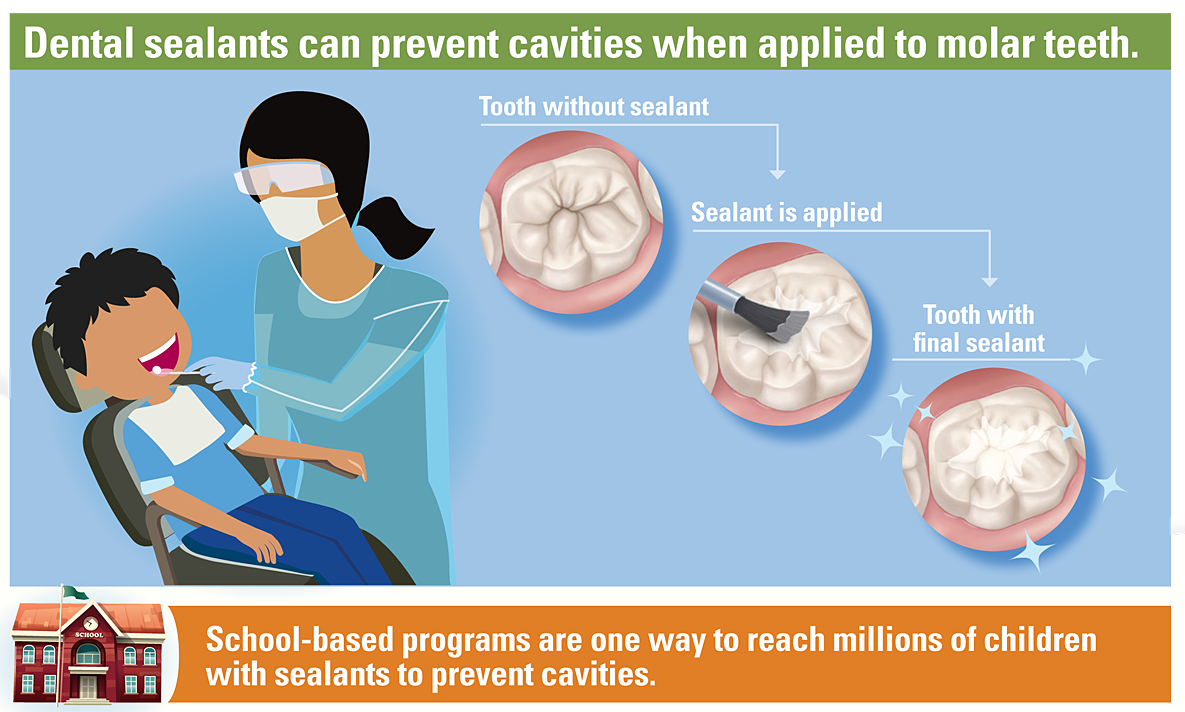 This infographic shows a dental care professional with protective eyewear, mask, gown, and gloves placing a small dental mirror in a child’s mouth to view his teeth. Graphic images of a tooth without sealant, tooth with the sealant applied and the tooth with final sealant are shown:

Dental sealants can prevent cavities when applied to molar teeth.

School-based programs are one way to reach millions of children with sealants to prevent cavities. 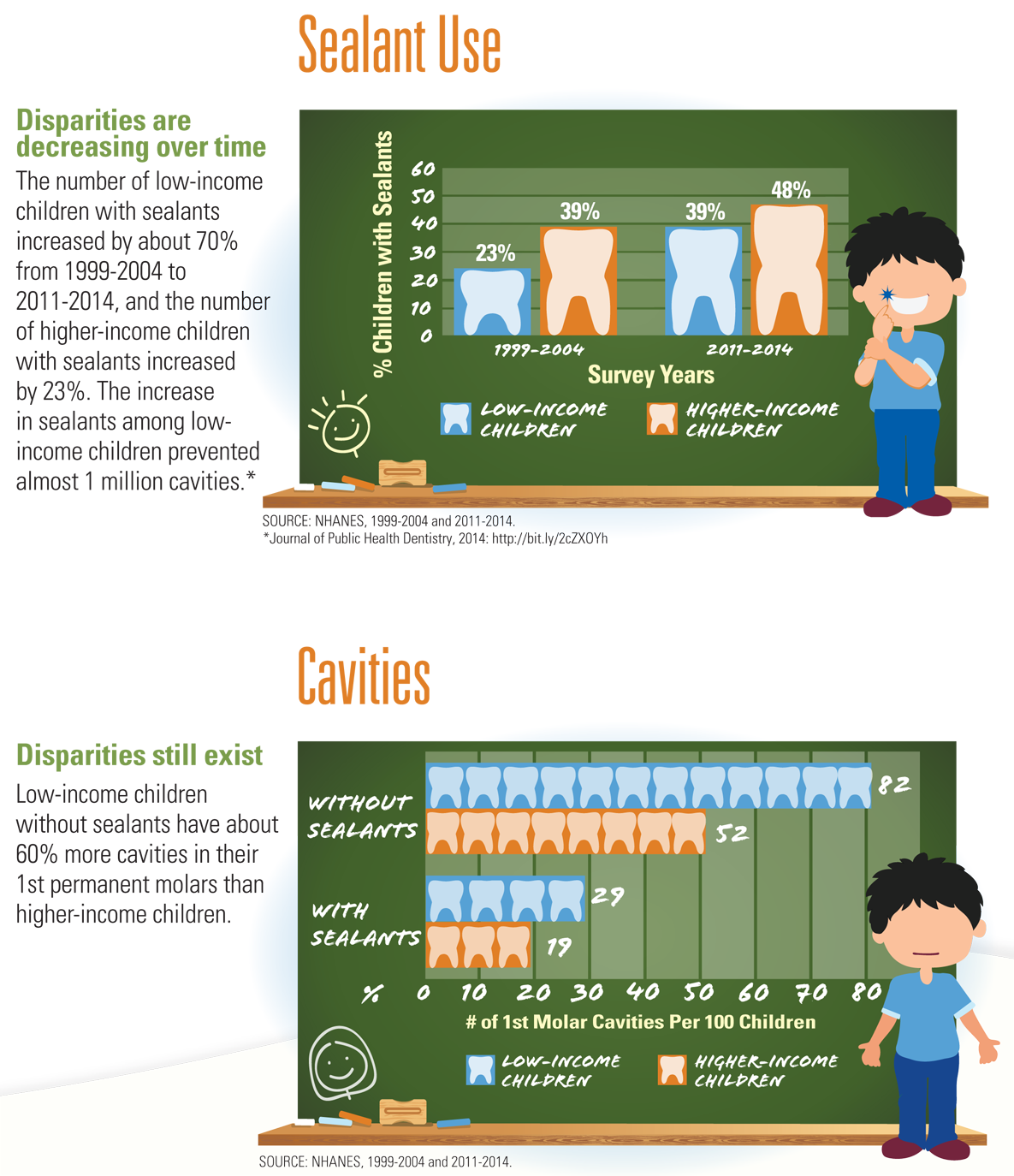 Disparities are decreasing over time

This infographic shows the percentage of low-income and higher-income children with and without sealants  who get cavities: