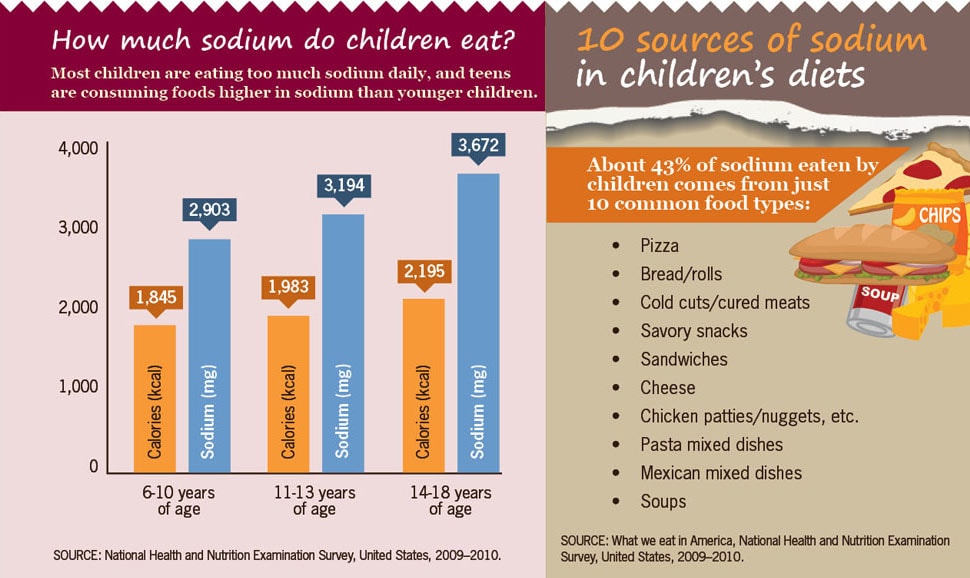 10 sources of sodium in children’s diets 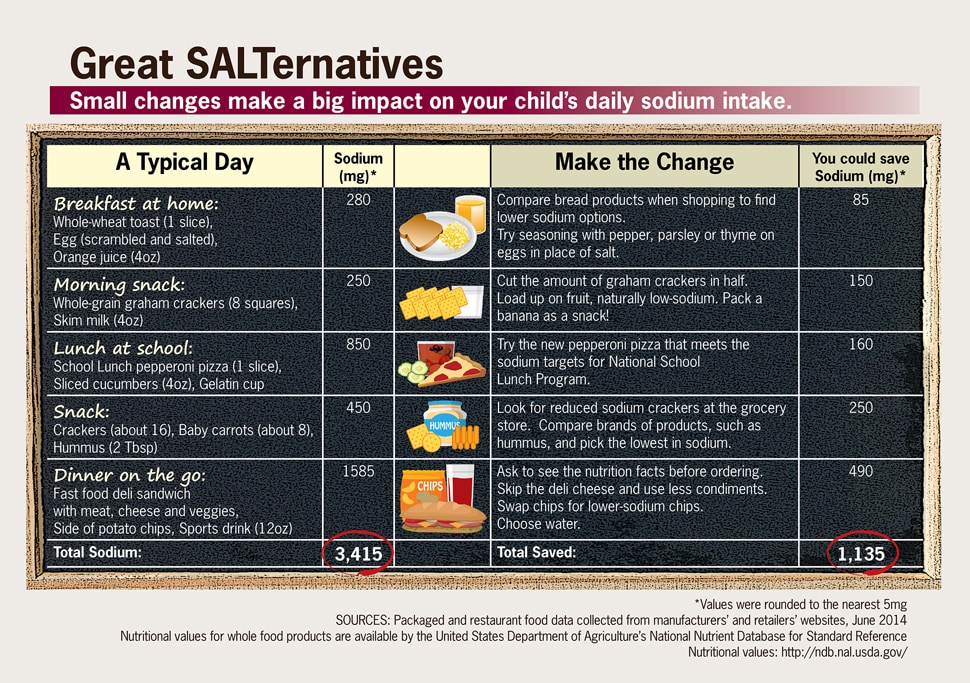 A chalkboard graphic showing a typical day of sodium intake for children and what changes can be made to lower sodium.

Dinner on the go: 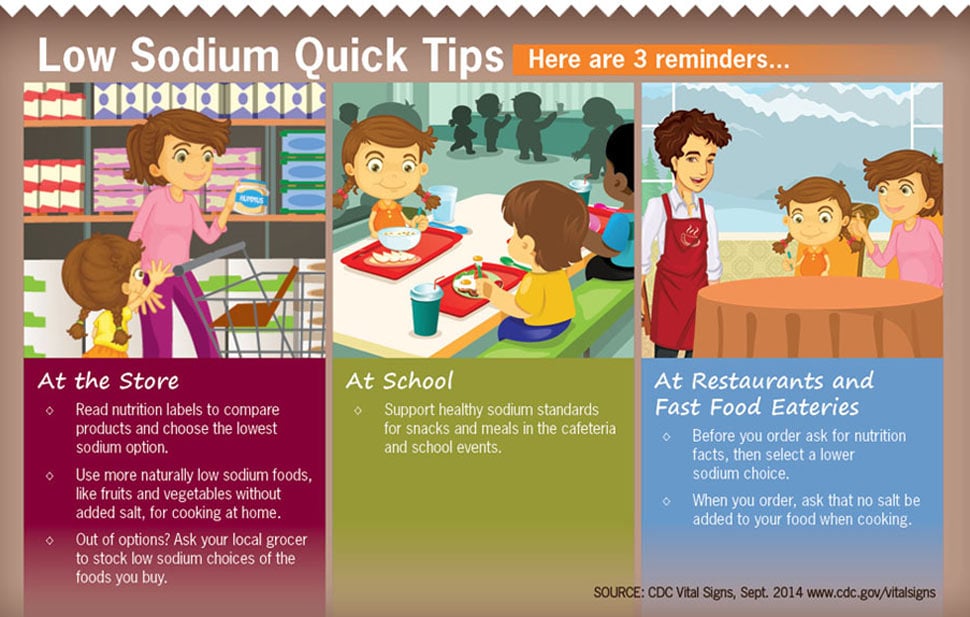 At Restaurants and Fast Food Eateries