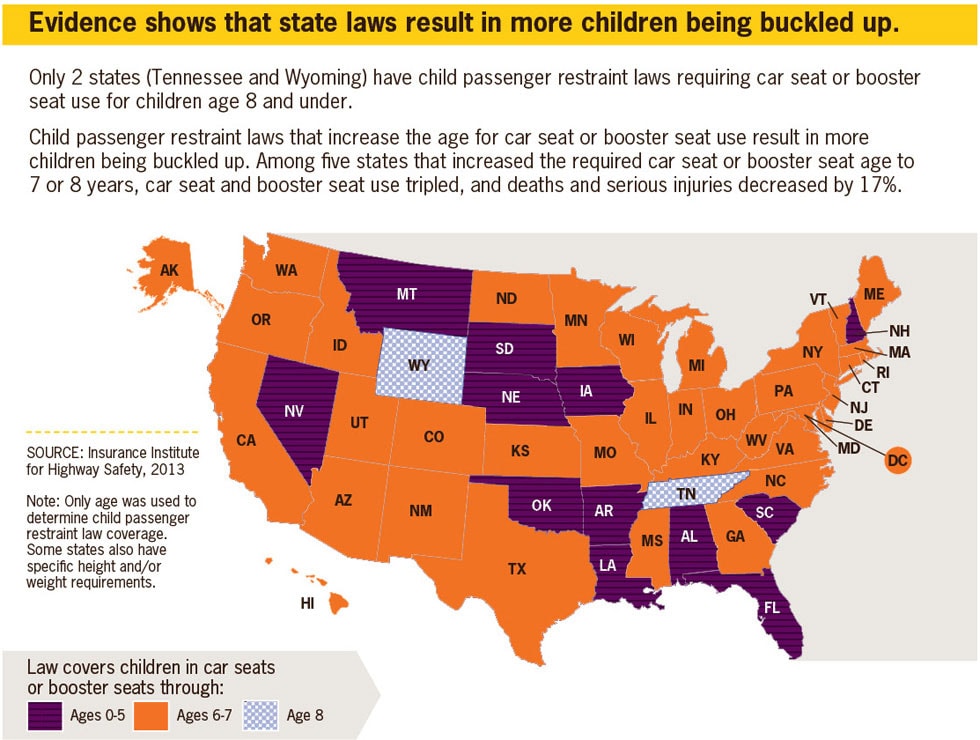 This map of the United States shows the age through which each state’s child passenger restraint law covering car seat or booster seat use applies, whether age five, ages 6-7, or age 8. The required age for each state is as follows: 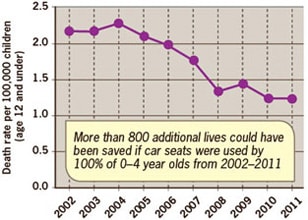 The death rates per year are as follows: 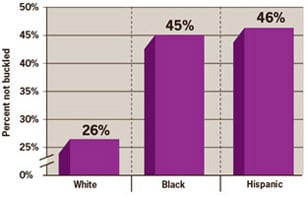 This bar chart shows that more of the black and Hispanic children (age 12 and under) who died in 2009-2010 were not buckled up compared with white children.

The percent not buckled were as follows: 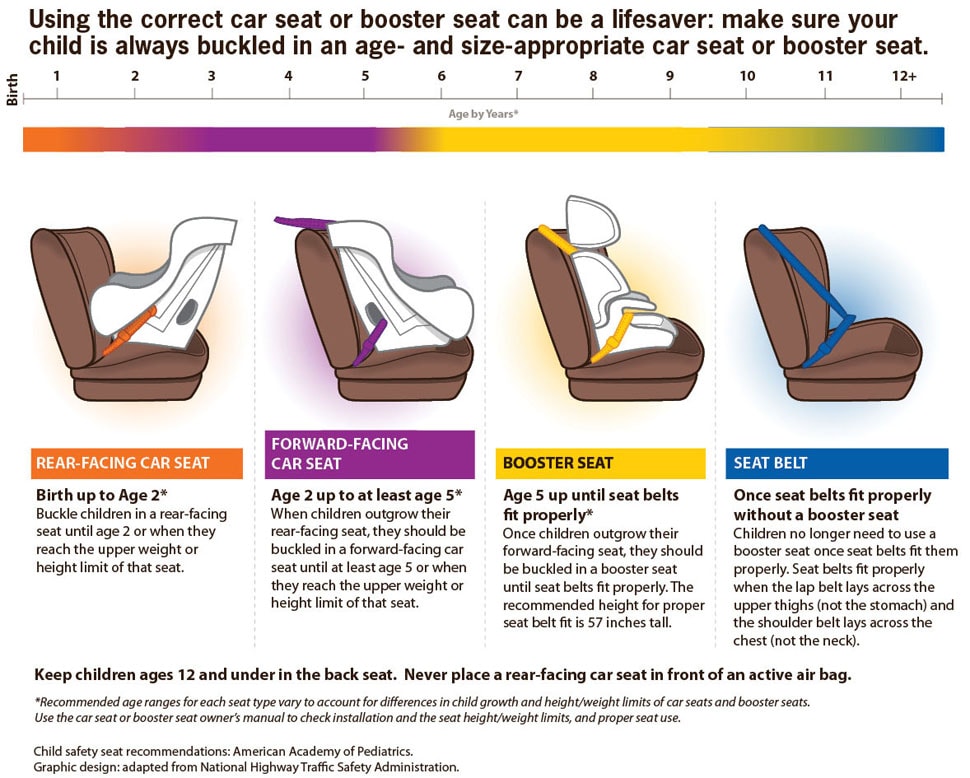 This graphic explains when to use a car seat, booster seat or seat belt.

Buckle children in a rear-facing seat until age 2 of when they reach the upper weight or height limit of that seat.

When children outgrow their rear-facing seat, they should be buckled in a forward-facing car seat until at least age 5 or when they reach the upper weight or height limit of that seat.

Once children outgrow their forward-facing seat, they should be buckled in a booster seat until seat belts fit properly. The recommended height for proper seat belt fit is 57 inches tall.

Once seat belts fit properly without a seat belt

Keep children ages 12 and under in the back seat. Never place a car seat in front of an active air bag.