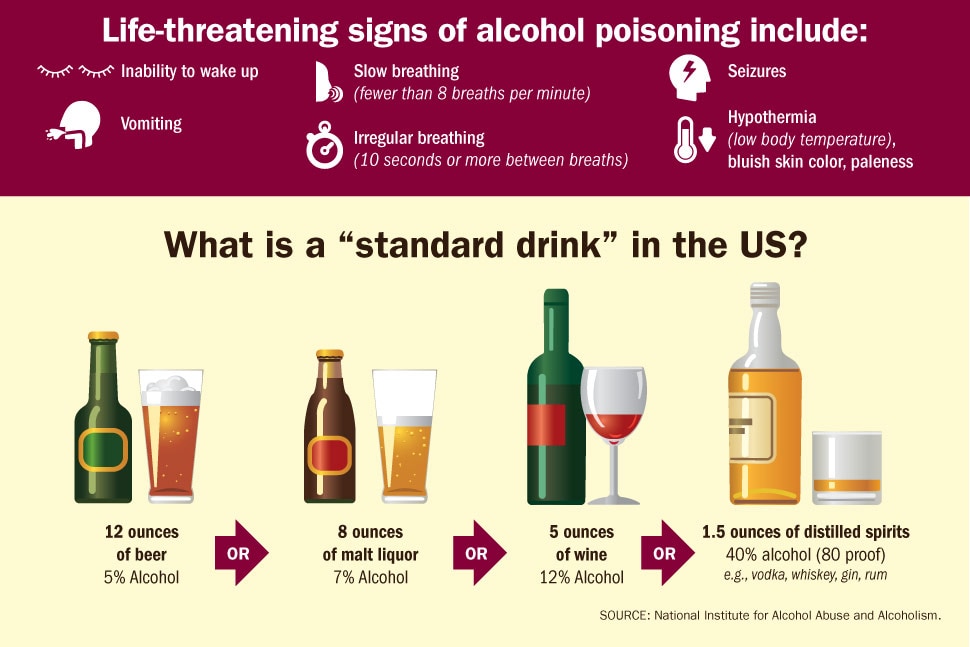 Life-threatening signs of alcohol poisoning include:
What is a "standard drink" in the US? 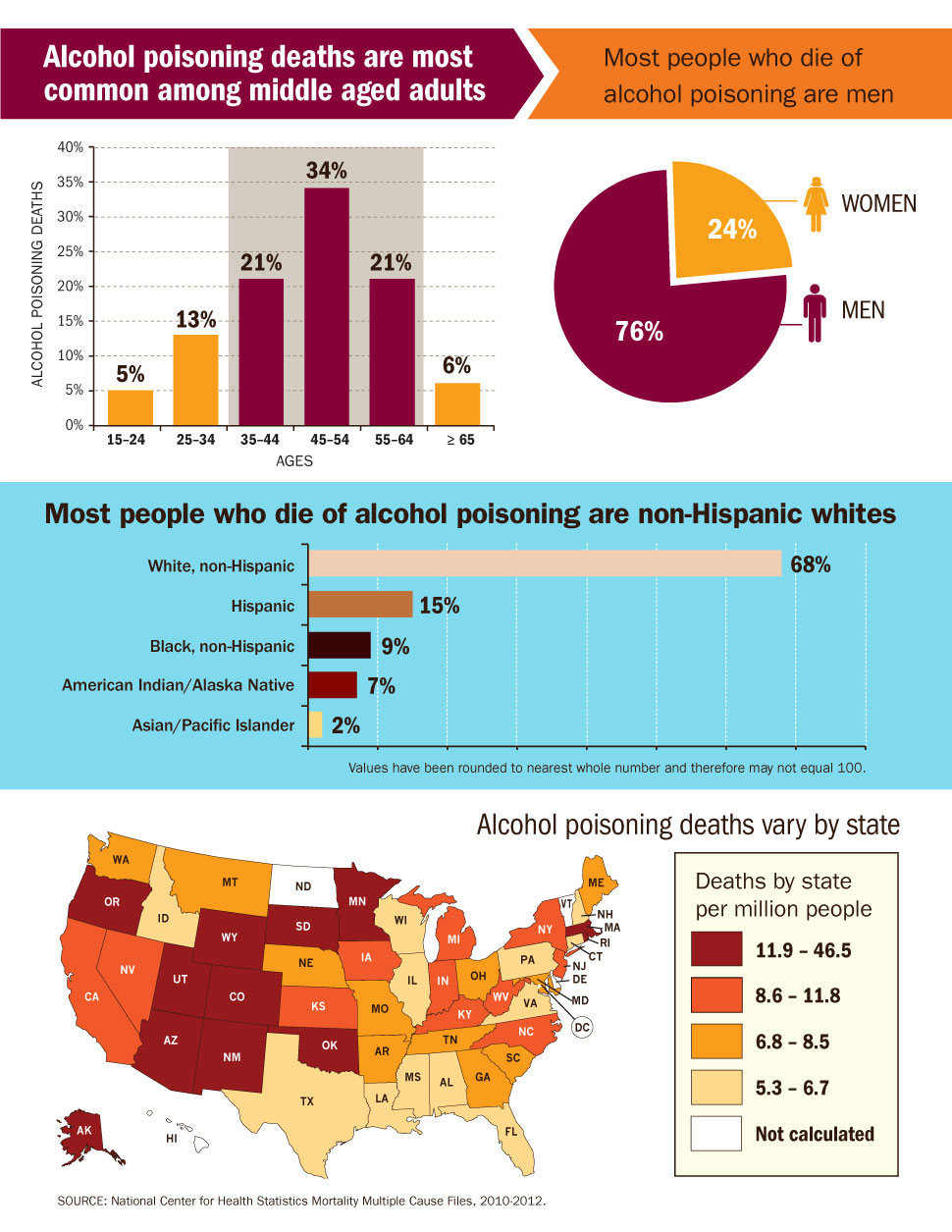 Values have been rounded to nearest whole number and therefore may not equal 100.

*Alcohol poisoning deaths included those occurring among those aged ≥15 years in which alcohol poisoning was classified as the underlying (i.e. principal) cause of death based on International Classification of Diseases, 10th Revision (ICD-10) Codes: X45 (Accidental poisoning by and exposure to alcohol), Y15 (Poisoning by and exposure to alcohol, undetermined intent).
†The average annual number of alcohol poisoning deaths in Delaware, District of Columbia, Hawaii, North Dakota, and Vermont were <7, and therefore, did not meet standards of reliability and precision to calculate age-adjusted death rates.
§Alcohol poisoning death rates per 1,000,000 population for persons aged ≥15 years were age-adjusted to the 2000 U.S. Census standard population.