Team-based and population approaches reduce kidney failure from diabetes in Native Americans: can be a model for other groups

Native American adults have more diabetes than any other race or ethnicity.

Kidney failure from diabetes in Native Americans has dropped more than any other race or ethnicity.

Graphic showing the percent of Special Diabetes Program for Indians (SDPI) Sites reporting diabetes services in 1997 and 2013. Bars show the percent for each intervention. 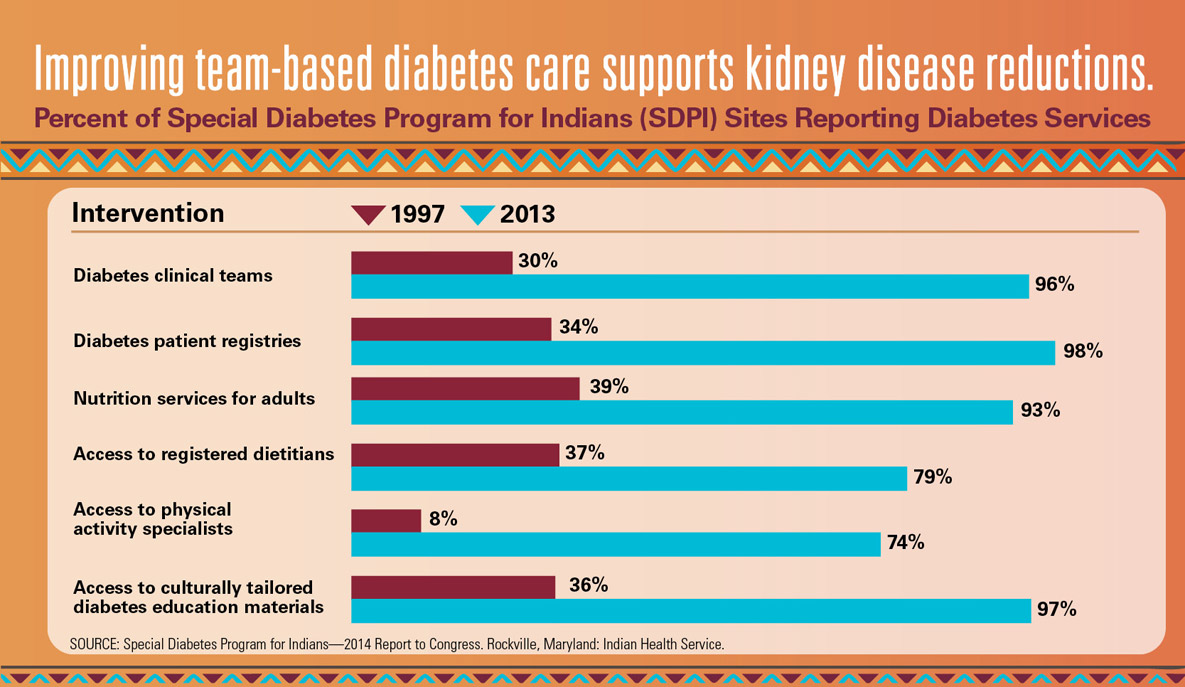 A Model for Diabetes Care

A one-page infographic that depicts the “story” of one particular fictitious patient (Joe). It also includes text boxes with information about what Health Care Systems can do to reach out to entire communities Team-Based Patient Care and Population Management strategies. 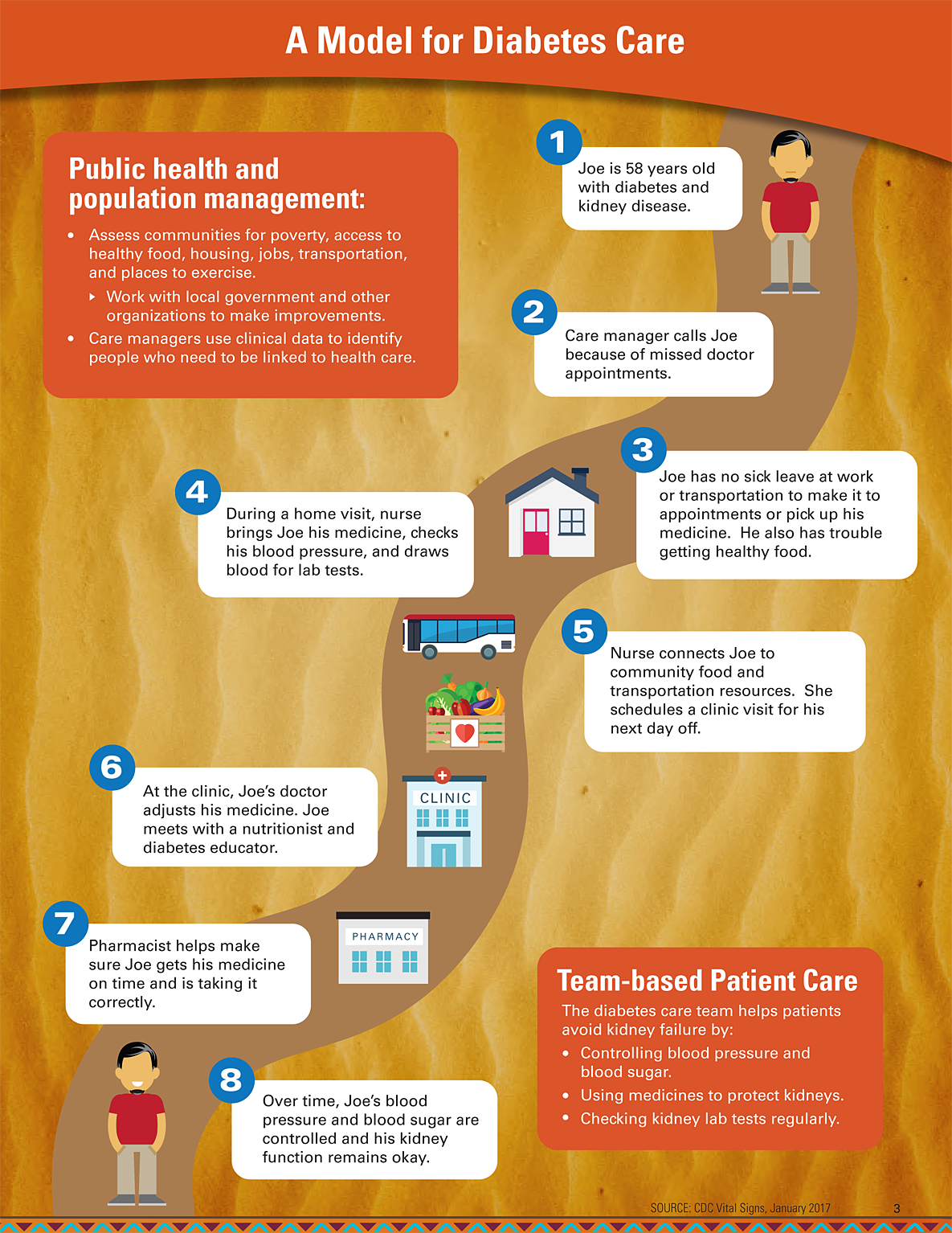