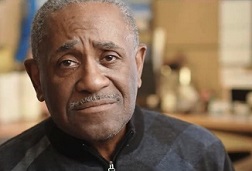 On a Monday morning in 2016, small business owner Alvin Little was visiting his primary care physician’s office for a regular checkup when he was asked to participate in a free CDC-funded glaucoma screening program led by Wills Eye Hospital.

Little agreed to the screening, later stating, “My vision is a key element of my life, and having this eye screening at my doctor’s office made it very convenient.” At the screening, the Wills team tested Little’s intraocular pressure (IOP) and took four photographs of each eye, two in the front of the eye to look for cataracts and two in the back of the eye to examine his optic nerve and retina. The images were then sent electronically to Wills Eye Hospital, where glaucoma specialists and retina readers evaluated the images and other clinical data from the visit.

The team discovered that Little’s IOP was high and his optic nerve was suspicious for glaucoma. A month later at a follow-up exam, Little was diagnosed with high eye pressure and a suspicious optic nerve, both of which could eventually lead to glaucoma. Little was surprised by this diagnosis. “My eye issues went beyond needing readers, and I would have been totally unaware of this eye condition if it was not for this program,” he said.

Like Little, many patients don’t realize they even have eye problems until they’re examined and diagnosed because symptoms are often silent.

Glaucoma can be controlled and vision loss can be prevented by early detection and timely treatment. Nevertheless, half of all people with glaucoma are not diagnosed, and glaucoma remains the second leading cause of blindness worldwide.

People with diabetes should receive an annual dilated eye exam, and other groups at high risk for glaucoma should have a dilated eye exam every 2 years. However, research shows that more than half of people with diabetes aren’t getting the recommended eye exams. Because there are often no initial symptoms of glaucoma, public practice-based screening models, in which screenings are offered in a primary care setting, offer convenience while also eliminating common barriers to glaucoma prevention, such as transportation, co-pay costs, and lack of knowledge.

Luckily, Little’s glaucoma-related eye condition was detected early, and progression can be prevented or delayed if he continues to have eye exams every 4 to 6 months and adhere to glaucoma treatment.

“Now I know that high eye pressure could eventually lead to glaucoma and why it is so important for me to care for my eyes,” Little said. “If I lost my vision, I would not know where to go.”

Mr. Little is currently enrolled in the 5-year CDC-funded research study and under the care of a glaucoma specialist. He is one of many success stories and an example of how, in many cases, blindness can be prevented.

Since 2012, Wills has improved local access to eye care by screening more than 3,000 people in Philadelphia’s underserved communities. At least half of people screened were found to have some type of eye condition and later followed up with an eye exam and enrolled in the program’s study.

At the completion of the study in 2019, program managers at Wills hope that that all patients understand the importance of regular eye exams and continue any necessary follow-up care.