Research Brief: The value of accurate, timely data on the burden of violence against children and youth 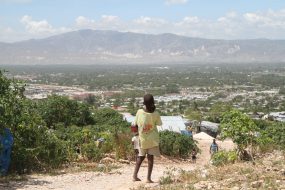 Key Points from the Report

There are multiple unique and innovative contributions of VACS that position it to fill an existing gap in violence surveillance:

VACS presents an opportunity to develop a global surveillance system for childhood violence, as a result of several unique features and components of the VACS and its approach.

Government commitment to respond to VACS data is a key component of the VACS planning process. VACS findings are the basis for national governments and civil society to make evidence-informed coordinated policy and program changes, including legal and policy reform, improved services for children who have experienced violence, and prevention programs. Although VACS in itself is not a surveillance system, because it only collects data from a single point in time, it is well poised for use in surveillance by repeating the survey at regular intervals.

The data from each VACS completed continue to demonstrate the urgency for a global response to the violence inflicted upon children worldwide. The global investment in the surveillance of violence against children through VACS and the commitment to respond to these data with evidence-based programs and policies is necessary to begin addressing this critical public health issue. A surveillance system to facilitate this effort is overdue; expanding VACS from a ‘single point in time’ survey to one that is used as the basis of periodic surveillance or contributes to an existing surveillance system can bridge this gap.

*Footnote: some variation between prevalence estimates from published papers and country reports may exist. This variation reflects slight differences in the subsamples and variables used in the analyses.