Child maltreatment is a serious and prevalent public health problem in the United States. In fiscal year 2008, U.S. state and local child protective services (CPS) received more than 3 million reports of children being abused or neglected—or about 6 complaints per minute, every day. An estimated 772,000 children were classified by CPS authorities as being maltreated and 1,740 children aged 0 to 17 died from abuse and neglect in 2008.

The financial costs for victims and society are substantial. A recent CDC study, The Economic Burden of Child Maltreatment in the United States and Implications for Prevention,External found the total lifetime estimated financial costs associated with just one year of confirmed cases of child maltreatment (physical abuse, sexual abuse, psychological abuse and neglect) is approximately $124 billion. 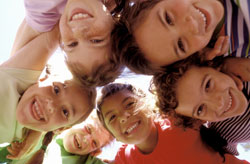