When COVID-19 vaccines became available to the public in early 2021, governments and healthcare workers across the United States faced the daunting task of getting as many people vaccinated as possible. That massive undertaking continues today, but the State of Louisiana has risen to the challenge by implementing various creative approaches to providing access to vaccines.

In Louisiana, state officials worked with local partners to deploy mobile vaccine “strike teams” to areas with little access to health care. Such teams brought together different vendors from across Louisiana, including hospital systems, ambulance providers, and medical schools to conduct vaccination events in communities with greatest need. During January 2021 through July 2022, the Louisiana National Guard helped to mobilize teams as well, which included staffers who administered vaccines and assistants who handled administrative tasks. 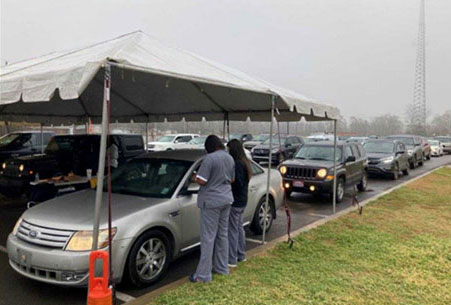 Event locations were scheduled in areas with greatest need. The Louisiana Department of Health first identified areas that did not have a traditional healthcare provider or that did not have pharmacies that provided vaccines. Businesses, schools, and other organizations could sign up to request that a mobile vaccination strike team provide an event. Jack McClure is the Vaccine Demand Strategist for the Louisiana Department of Health, and he spoke about the success of Louisiana’s strike teams. “We’ve had huge events with ten vaccinators,” he said, adding that “Hundreds of people could show up in a particular day to a well-publicized, well-staffed vaccination event.” People who were unable to attend vaccination events could call a homebound vaccine hotline and request a team to come to their house and vaccinate them.

From January 2021 through September 2022, over 11,000 mobile COVID-19 vaccination events were conducted at over 1,900 unique locations throughout Louisiana, including schools, colleges, churches, grocery stores, parks, neighborhoods, and homes. McClure reported that, “We’ve provided over 4,200 doses to homebound individuals, and collectively we’ve administered over 300,000 shots at these state-sponsored mobile events.” 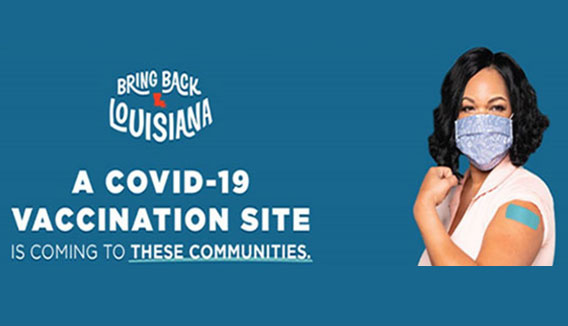 A grassroots campaign called Bring Back Louisiana was launched to identify underserved minority populations and under-vaccinated neighborhoods and to plan COVID-19 vaccination events with community partners in those areas. Department of Health staff members sent out text blasts, advertised on billboards, and even knocked on doors to let community members know about upcoming vaccination events. McClure reported that over 6,500 mobile vaccine events – just over 60% – were conducted in vulnerable parishes and communities. This effort was so successful, McClure said, that “the vaccination rate of African-American individuals in Louisiana has surpassed that of White individuals.”

As mobile strike teams set out to vaccinate people throughout Louisiana, communication efforts were ongoing and evolving. Several media campaigns were implemented, including billboards and print, radio, and television advertisements. In addition, the Louisiana Department of Health used digital and social media platforms to communicate vaccination messages through their own Facebook, Instagram, and Twitter pages.

One novel approach involved targeted messages through social media influencers. Alyson Neel, Director of Communications with the Louisiana Department of Health, reported that the department partnered with 110 local social media influencers around the state. “We identified who we are trying to reach and who we are having a hard time reaching, and then matched them with the influencers best targeting their specific audiences.” Neel emphasized that this approach was a comprehensive effort that included vetting the influencers and then working with them closely to identify priorities, which proved to be a very helpful tactic. “We are humble enough to realize we are not always the right or best messenger for everybody, especially when it comes to the COVID-19 vaccine in Louisiana,” Neel said. “And so, it really helped to have non-LPH (Louisiana Public Health) voices get the word out.”

The social media platform TikTok was also used by some influencers to reach younger audiences. Robert Johannessen, the department’s Immunization Programs Communication Manager, reported that for one school vaccination program, one influencer who was a teacher did a TikTok video that got over 1 million hits. He also reported that two video clips created from COVID-19 content developed by the New Orleans bounce music star Big Freedia received over 700,000 hits.

Another social media approach involved a video tool called Soapboxx, which gave residents an easy way of uploading their own stories videoclip-style that were then used on social media platforms. Neel explained, “This peer-to-peer way of communicating was effective because we realized we are not always the right messenger for everybody, and it’s important to get the message directly in the hands of trusted messengers.” Social media influencers were used for about a year, allowing them to build trust with their audience who came to know them as health ambassadors.

In addition to the media campaigns, dozens of town hall meetings were conducted to engage community members. Neel explained that these meetings “helped to encourage a dialogue allowing us to reach a slightly more hesitant group and not just communicate to those who were more agreeable to getting a vaccine.” 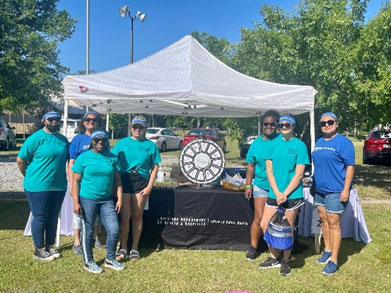 The Louisiana Department of Health saw the importance of peer messaging – especially in engaging young people.  So, the Louisiana Teen Vax Campaign’s Youth Ambassador Program was formed to promote the important role young people have in stopping the spread of COVID-19. Over 800 12-to-17-year-olds were recruited to create and post their own social media posts about COVID-19 vaccines. McClure noted that the youth ambassadors were able to target their language to kids their age in a way that state officials or communication agencies might not have been able to do. Johannessen added, “We saw a lot of creative stuff from young people, and we took a hands-off approach with them.” 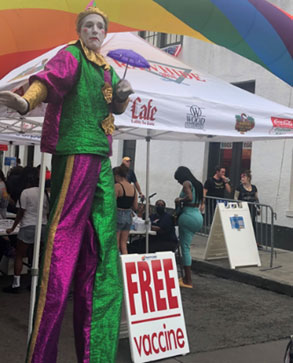 Work continues in Louisiana to enable a more holistic and equitable approach to health care beyond COVID-19 vaccinations. For example, people can receive flu vaccines and screenings for sexually transmitted diseases (STDs) at many COVID-19 vaccination events. Department of Health staff hope their ongoing efforts will continue to lead more community members to get vaccinated and to eliminate disparities in vaccine uptake. “The sooner you can get vaccine out in the field with people [that] folks recognize, and at times [that are] most convenient, the better results you will have long term,” McClure said.

As of early October 2022, over 2.5 million people are considered fully vaccinated in Louisiana – that is 54% of the population. Although this rate puts Louisiana in the bottom three states in the nation for overall vaccine uptake, the state was successful in providing equitable vaccine access and getting shots to those who were most at-risk.

COVID-19 Vaccination Strategies Applied by the Louisiana Department of Health:
Share Your Story!