HBCU Homecomings in the Era of COVID-19

Since March 2020, COVID-19 and its repercussions have affected the ability for many people to participate in public events all over the United States. One large celebration that has been particularly impacted for the past two years has been homecoming held at Historically Black Colleges and Universities (HBCUs).

An HBCU homecoming is much more than decorating a float, having a parade, and going to a football game. “It’s a family reunion,” says Dan Ford, CEO of the Atlanta HBCU Alumni Alliance and an Alumni of North Carolina Agricultural and Technical State University. “…[It] is a rejuvenating point throughout the year in our lives. It’s a very special bond, spiritual connection that we have to each other, the community, the institution and to those who came before us.” 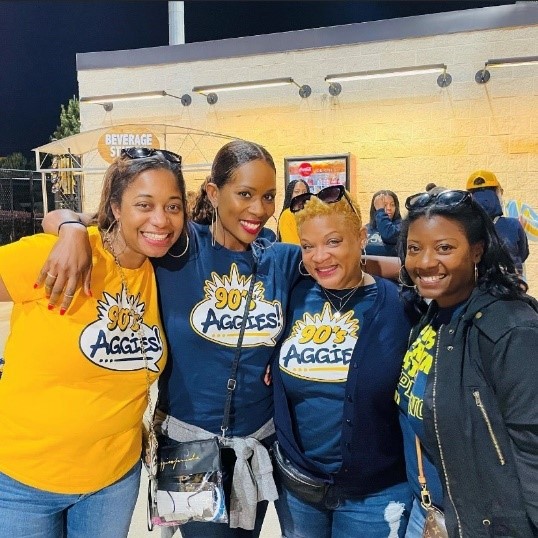 Traditionally, large homecoming parades, Greek-life led tailgate parties, and massive cookouts are integral to HBCU homecomings. Ninety-five percent of HBCUs celebrated homecoming in 2021, many in limited capacities. “There was homecoming engagement but not like in the past. My wife and I always went to homecoming because it was a religious trek. You have to go to homecoming” says Ford.  While there was a tremendous amount of enthusiasm to have homecoming this year, two of the most prominent HBCUs made difficult decisions regarding homecoming in 2021. In Atlanta, Morehouse College and Spelman College canceled homecoming. Clark Atlanta held a hybrid homecoming with activities for the students, but alumni could only attend from a virtual standpoint.

Homecoming is a big deal for alumni – they come from all over the country to participate in the yearly festivities. However, extra precautionary measures were put in place for some of the homecoming events held in 2021 due to the vulnerability of students who live in close quarters on campuses. Some alumni traveled to and from homecoming, but not before potentially leaving a COVID-19 impact. Ford says universities handled homecoming in one of three ways: canceled it altogether; had a hybrid event (students on campus and alumni virtual); or had everyone attend the event with limited crowd sizes. Ford says many of the universities limited the exposure of alumni participation outside of being able to go to the football game, and even then, proof of vaccination or a negative COVID-19 test was required. 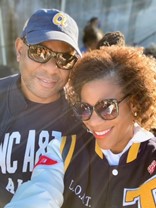 Daniel and Donna Ford, Alumni of North Carolina A&T enjoying Aggie festivities. Daniel is the President of the Atlanta Chapter of the HBCU Alliance.

Canceling homecoming or scaling back because of COVID-19 comes as a huge disappointment for the students and alumni.  The schools were looking out for the health of the students on campus as well as the alumni returning. Ford says, “There’s certainly no getting around the disappointment… the only glimmer of hope of satisfaction these students had was that, for all the schools around them, homecomings were not canceled. One thing about the HBCU community is, just because you went to one school doesn’t mean you can’t go to another school for their homecoming… at the end of the day, the roots of our homecoming are the same no matter what school you went to.”

In 2020, many HBCUs hosted virtual homecomings.  Florida A&M University (FAMU), Howard University, Alabama State University, Southern University, and North Carolina Agricultural and Technical University participated in a HBCU virtual tailgate which was broadcast on Facebook Live. Howard University’s Yardfest, a homecoming event typically attended by thousands of people from around the world, was moved off ‘The Yard’ and became the Virtual Yardfest.

In 2021, an HBCU’s location played a role in whether there was an in-person homecoming at that school. Ford elaborates that most HBCU’s in less-populated rural areas proceeded with homecoming celebrations in a more traditional manner compared to more urban, condensed spaces. This includes land grant schools which are mechanical and agricultural in origin. These 19 universities include Delaware State and Florida A&M.  In late October, a special homecoming at Delaware State University took place as the university celebrated its 130th anniversary. Delaware State’s step dance team performed, and many of the students participating in Greek life showed their school spirit with lots of food and music. At Florida A&M University (FAMU), homecoming at the end of October 2021 earned the name “An Epic Return,” with events taking place all week due to the lack of celebration the previous year. Students from other HBCUs came to FAMU wanting to experience an in-person homecoming full of activities and events that a virtual one could not compete with.

Despite the pandemic impacting homecoming the past two years, Ford says homecoming in 2021 was a big step forward and hopefully a sign of a much better 2022. “There’s nothing to compare homecoming at an HBCU to. If you think about going to the best cookout you will ever go to in your life, with your best friends and the family members that you like, along with the best music in the background playing and you’re telling a story on a beautiful day of a precious memory you had and in the background is a magnificent marching band playing some of your favorite songs and then everybody starts dancing and singing . . . that moment and vibe is homecoming.”