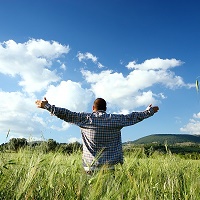 The Indiana State Department of Health’s tobacco control program has worked hard to reduce tobacco product use and secondhand smoke exposure among Indiana citizens. Like the tulip tree—the official state tree of Indiana—the tobacco control program has deep roots. The program’s team of 10 staff members has more than 80 combined years of tobacco control experience and are committed to using science and following best practices to improve the health of Indiana residents, also known as “Hoosiers.” This work has led to fewer Hoosiers using tobacco products and resulted in local, comprehensive smoke-free policies covering nearly 1 in 3 Indiana residents. Despite the best efforts of the tobacco control program, a majority of Hoosiers live in communities without comprehensive smoke-free policies and still are exposed to secondhand smoke in public places and their workplaces.1 Also, 1 in 4 Indiana middle and high school students still are exposed to secondhand smoke at home.2

Secondhand smoke causes more than 1,300 deaths in Indiana each year. It also costs the state $2.1 billion in medical expenses and premature death each year.3 The tobacco control program staff discovered a major barrier to reducing secondhand smoke exposure in Indiana: many Hoosiers believed smoking was routine or acceptable. They did not fully understand the harms of tobacco use and they did not know that no level of exposure to secondhand smoke is safe.

The tobacco control program and its partners looked at ways to change how Hoosiers think about tobacco products and at how to educate them about the health and financial benefits of reducing tobacco use in Indiana.

The Importance of Partnerships

Together, the partners recognized that a number of different approaches could help change residents’ attitudes and behavior, and protect people from dangerous secondhand smoke in Indiana. These included:

So far, 22 cities and counties in Indiana have adopted comprehensive smoke-free policies, meaning 31% of all Hoosiers are now protected from secondhand smoke.5 The program and its partners also helped these communities with their communication strategies, which made it easier for communities to implement their policies.

Partnering with Counter Toolsexternal icon, the tobacco control program trained community organizations and organizations who serve minority groups to study tobacco product availability and advertising inside stores where tobacco products are sold. The tobacco industry spends nearly $297 million per year marketing its products in Indiana, and spends most of that money on in-store marketing.1 This marketing makes it more likely that children and teens will start using tobacco products. The industry also targets communities that have higher proportions of tobacco use.6

People are not exposed to as much secondhand smoke when more people quit smoking. Indiana already has a tobacco Quitlineexternal icon, but the tobacco control program added new resources to support people with mental health or substance use disorders in trying to quit. The program also wanted to help employers support employees who want to quit through worksite wellness programs. It developed resources for local partners to educate nearly 1,500 Indiana employers who enrolled in a program to learn more. The business owners learned about the health benefits of referring employees to the Quitline, paying for other services to help employees quit using tobacco products, and adopting smoke-free policies to support employees who are trying to quit.

CDC’s funding of Indiana’s tobacco control program staff and its educational and cessation activities has been an important part of Indiana’s success in putting CDC-recommended tobacco control strategies into practice. Hoosiers now better understand the issues related to tobacco use and secondhand smoke exposure. This has changed their attitudes about the acceptability of tobacco use, prompted their communities to protect their citizens from secondhand smoke, and reduced the harms caused by tobacco use. 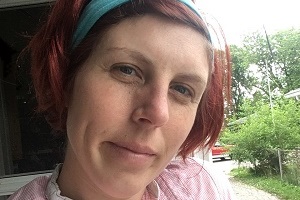 Anne tried to quit smoking many times. As a single mom from Indiana, the stress of raising her children while working full-time and going to college made it hard to give up cigarettes for good. It also was also hard for Anne to quit smoking because she knew many people who smoked, including her father and her sister. Being around others who smoke can lead someone who is trying to quit to want to smoke. It also was easier for Anne to rationalize smoking when she saw others doing it.

When her daughter turned 13—the same age Anne was when she started smoking—Anne realized that she did not want her daughter to go down the same path.

Concern for her daughter was Anne’s main reason to quit, but she found some hope in an unexpected place. While watching TV one night, Anne and her family saw CDC’s Tips From Former Smokers® ad featuring Rebecca. Rebecca is someone who struggled with depression in addition to health problems from smoking. People in the U.S. who have mental health conditions—like depression, anxiety, or other conditions—are more likely to smoke than people who don’t have these conditions. After seeking help for her depression, Rebecca was able to quit smoking and started running.

Anne found Rebecca’s story “refreshing” and says that it gave her hope and “a glimpse of what life can be like after cigarettes.”

Anne’s boss, a former smoker herself, encouraged her to set a quit date. Soon after that date, Anne hadn’t smoked, but she also wasn’t sure she’d be able to quit for good. Anne got support in her quit journey from her mother’s husband, also a former smoker. Within a couple of weeks, she felt better and was more determined than ever to never smoke again.

Anne says she’d tried to quit many times before, but Rebecca’s story was the “nudge in the right direction” she needed to make it last. This time, the same determination that helped her raise a family while working and going to school kept her from getting discouraged. Having the support of her family and seeing Tips ads on TV reinforced Anne’s decision to quit.

Now, Anne says she’s living better than she ever imagined. She no longer has to take time out of other activities to smoke. Anne also says she’s much happier and, best of all, feels she’s a better mom. “Sometimes the best way to help your children is to help yourself,” she says. With more time for her kids and activities, she’s proving that true every single day.