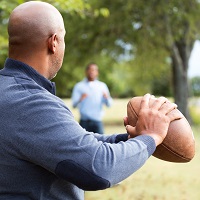 In December 2016, the US Department of Housing and Urban Development (HUD) announced a new federal rule requiring public housing to be smoke-free by July 31, 2018, to help protect residents from secondhand smoke. Knoxye and Monica knew this change would be a lot of work, but it would also be an opportunity to help housing authorities throughout Alabama adopt smoke-free policies. Only 11 of the state’s 149 housing authorities had put smoke-free policies in place in the past.

Within 5 months of these efforts, eight more housing authorities—home to 8,628 residents—had adopted smoke-free policies. This change, which happened well before the July 31, 2018, deadline, brought the total number of public housing residents in Alabama who are protected by smoke-free policies to over 13,500.

The Centers for Disease Control and Prevention provided key funding for Alabama’s Tobacco Prevention and Control Branch, which Knoxye says is now accepted as an authority on how to adopt smoke-free policies. This funding helped housing authorities educate residents about health issues and get access to resources on how to quit smoking. Most importantly, the homes of people living in public housing in Alabama—including children, older adults, and people with disabilities—are now safer. 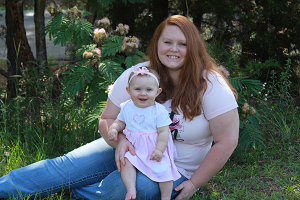 Tyler, a photographer from rural Alabama, smoked her first cigarette at age 9. When she was 13, she began to bum cigarettes from friends. She thought smoking was cool, although it made her feel sick. By the time she was 16, Tyler smoked every day. Her dad also smoked, but didn’t share his cigarettes with her. Tyler was able to get cigarettes from her friends’ parents instead. When she was 17, her older boyfriend—who used smokeless tobacco—began buying cigarettes for her.

Tyler and her boyfriend were married in 2013. The young couple promised each other that they would quit if they smoked a whole pack of cigarettes or used a whole can of smokeless tobacco in a single day. They knew they couldn’t afford their addiction. But when Tyler began smoking a pack each day in early 2016, she still didn’t quit.

Tyler wanted to get pregnant, but knew her chances of having a baby might be affected by a medical condition she has called polycystic ovary syndrome (PCOS)external icon. She figured her chances of getting pregnant could only get better if she quit smoking. Tyler’s grandmother, who had successfully quit smoking after 60 years, encouraged her to call 1-800-QUIT-NOW. Tyler called the hotline and talked to a trained smoking cessation counselor for free. She also received free nicotine patches in the mail, which helped her to quit smoking in June 2016. She has not smoked a cigarette since. On March 9, 2017, Tyler and her husband received some life-changing news. Tyler was pregnant. Their daughter was born in October 2017, and they were able to bring her into a smoke-free home. Tyler, who now takes photos of her daughter each day, says without hesitation, “Calling that number changed my life.”

Tyler says she could not afford to buy nicotine patches or pay for a counselor to help her quit. But she was able to receive these resources for free through a partnership between CDC, the National Cancer Institute, and the State of Alabama. Because she was so focused on improving her chances of getting pregnant, Tyler says she was able to find ways to keep busy when she otherwise would have reached for a cigarette. She does not miss the smell, taste, or hassle of carrying cigarettes with her, and she says that she has saved a lot of money. Most of all, Tyler is excited to show her daughter how to live a healthy life, a way of demonstrating her favorite quote: “Every day is a gift. That’s why it’s called the present.”