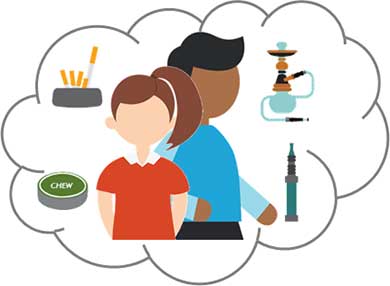 Public Health Response to Tobacco Use in New York

There is no safe level of exposure to secondhand smoke. It causes stroke, lung cancer, and coronary heart disease in adults. New York is a state with strong tobacco control policies and one of the initial states to adopt a comprehensive smoke-free law. Since that law was adopted, New York has continued to inform efforts that protect residents from exposure to secondhand smoke. Upon request, the state provides research, data and analysis, and scientific consultation to communities, multiunit housing operators, hospitals, businesses, and colleges and universities that want to protect residents from secondhand smoke. For example, smoke-free policies in public housing authorities can protect residents in low-income housing from secondhand smoke exposure and prevent illness and death in vulnerable populations. In 2016, continued efforts by the New York State Tobacco Control Program resulted in 31 of 84 public housing authorities adopting 100% smoke-free multiunit housing policies, covering 19,848 housing units across the state.

New York is one of 50 states plus DC that receives funding and technical support from the Centers for Disease Control and Prevention to support comprehensive tobacco control efforts and quitlines. The Office on Smoking and Health (OSH) is the lead federal agency for comprehensive tobacco prevention and control. For decades, OSH has led public health efforts to prevent young people from using tobacco and to help all tobacco users to quit.

The Tips® campaign connects smokers with resources to help them quit, including a quitline number (1-800-QUIT-NOW) which routes callers to their state quitline. The New York quitline provides free cessation services, including counseling and medication. These services are effective in improving health outcomes and reducing healthcare costs. 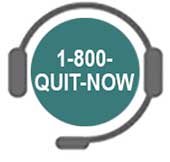 Prevent initiation of tobacco use especially among youth and young adults