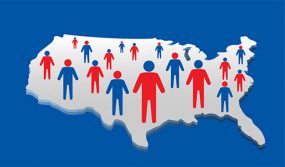 Did you know that if you’re an adult who smokes, you have a higher risk for severe illness from lung infections like the flu or COVID-19?

But there’s good news: you can start breathing easier when you quit smoking, and you can get on the path to becoming smokefree by setting a quit date. That’s what the American Cancer Societyexternal icon’s Great American Smokeoutexternal icon® is all about: joining the millions of Americans who have quit smoking! By making a commitment to quit this November 19th, you’re protecting your future health and lowering your risk for serious lung disease.

Smoking weakens your immune system, lowering your body’s ability to fight off disease.

Living with COPD: A Lesson Learned 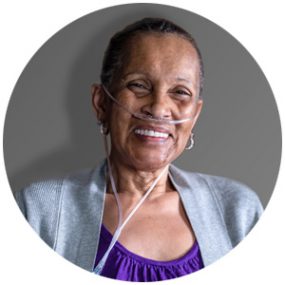 Even if you don’t get a lung infection, smoking can cause other serious lung problems, such as chronic obstructive pulmonary disease (COPD). Geri M., featured in CDC’s Tips From Former Smokers® (Tips®) campaign, wishes she had quit smoking cigarettes long before she did. Because of her COPD, Geri had to quit her job as a postal worker. Most cases of COPD, including Geri’s, are caused by smoking cigarettes.

For people struggling to quit, Geri wants her story to be a lesson. “I didn’t really take it seriously,” she says of her illness, “and I should have.”

You can reduce your risk for COPD by quitting smoking now. Or, if you’ve already been diagnosed with COPD, you can still benefit from quitting. Quitting smoking is the number one way you can slow down the progression of the disease.

The Beginning of Better Health

Luckily, your lung health—and your overall health—improves soon after you quit. You will start breathing better and coughing less.

One of the most important actions anyone who smokes can take to improve their health is to quit smoking, regardless of their age or how long they have been smoking. There are proven treatments to help you quit:

If you smoke, and are thinking about quitting, make this year’s Great American Smokeout the day you commit to a smokefree future.