Tobacco Use by Geographic Region

Tobacco use, including cigarettes, smokeless tobacco, and cigars, varies by geographic region within the United States. People living in certain regions and communities often suffer more from poor health because of tobacco use, especially cigarette smoking.1

By U.S. Census region, prevalence of cigarette smoking among U.S. adults is highest among people living in the Midwest (22.2%) and the South (22.7%), and lowest among those living in the Northeast (20.1%) and West (16.3%) regions.2 People in the Midwest and South also tend to use multiple types of tobacco products, such as cigarettes and smokeless tobacco.1

The health of people living in rural areas is impacted by tobacco use more so than those in urban and metropolitan areas, often because of socioeconomic factors, culture, policies, and lack of proper healthcare.3 For more information about rural related health disparities visit: Advancing Tobacco Prevention and Control in Rural America pdf icon[PDF–3.76 MB]external icon.

In general, rates of death attributable to smoking are lower in states with lower prevalence of smoking.1 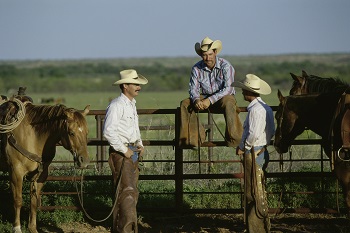 The following charts show current tobacco use among U.S. adults aged 18 years and older by four major geographic regions—Midwest, South, Northeast, and West and by county population type—large metropolitan, smaller metropolitan, urban, and rural. Information within these charts was collected in the 2016 National Survey on Drug Use and Health and includes persons reporting cigarette, smokeless tobacco, and cigar use within the 30 days before the survey was taken.2 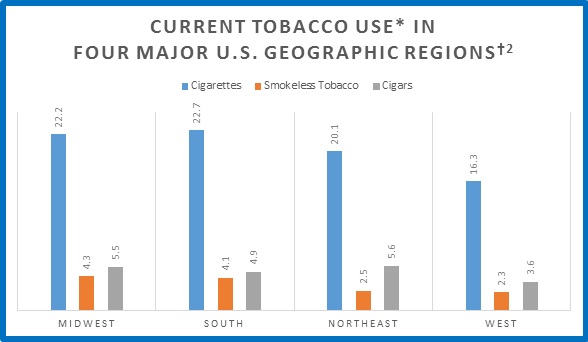 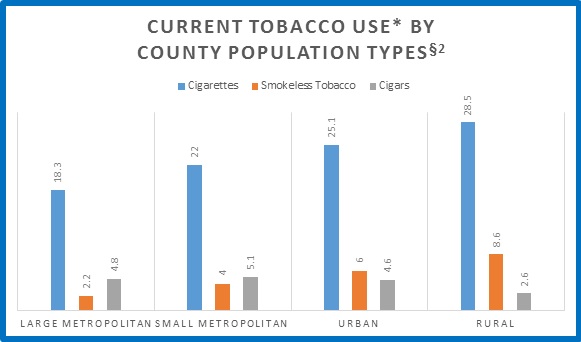 * Data taken from the National Survey on Drug Use and Health, 2016, and refer to persons aged 18 years and older reporting cigarette, smokeless tobacco, and cigar use in the past 30 days.

Strategies that restrict advertising, limit the number of retailers in neighborhoods, and prohibit price discounting can help reduce tobacco use and its negative health outcomes.14

Efforts to promote implementation of statewide and local comprehensive smoke-free laws are critical to protect nonsmokers from preventable health hazards in the places they live, work, and gather.11 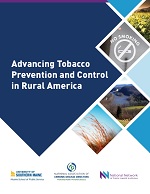 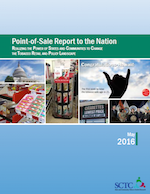 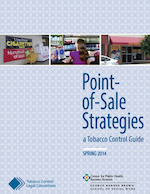