The Centers for Disease Control and Prevention (CDC) mourns the passing of Terrie Hall, one of the people featured in CDC’s Tips From Former Smokers® (Tips®) national tobacco education campaign. Terrie, 53, died Monday, September 16, 2013, from the cancer she fought so bravely during the final 13 years of her life. “The passing of this public health hero is a loss for us all, and a reminder to heed her warning about the dangers of smoking,” said Tim McAfee, MD, MPH, director, Office on Smoking and Health.

Terrie started smoking in high school. “I thought it was the cool thing to do,” she said. The smoking caused throat and oral cancer, and the surgeries and radiation treatment to remove the cancer scarred her face and neck and took away her natural voice. But they also revealed a level of bravery and strength of character that amazed everyone who was privileged to know her through her work on the Tips campaign.

In a society where women are often judged by their looks, Terrie did not hide the scars on her face caused by smoking. The scars where part of her jaw had been cut out and on her throat where her larynx had been removed only made her more determined to speak, especially to young people at schools. With her unique voice, she was able to rekindle the awareness of the American people about the continued suffering caused by smoking. She wanted young people to know the truth about tobacco.

Terrie once said, “I wish someone had shown me when I was thinking about smoking in high school what could happen to me.” Terrie became known around the world through her participation in CDC’s Tips campaign. In her first commercial, Terrie showed how she got ready each day—putting on her wig, putting in her dentures, putting her hands-free device in the hole in her throat. It can be hard to watch. Yet, at the time of her death, it was the most-viewed video on CDC’s YouTube page with more than 2.5 million viewings, and it had inspired more comments than any other CDC video.

Terrie’s second commercial also inspired smokers to quit. In that ad, Terrie shared that her grandchild never heard her natural voice. The commercial deeply affected Lisha Hancock, a mother from Kentucky, and motivated her to quit for good. Lisha smoked one to two packs a day and had tried to quit many times before. The risk of getting throat cancer especially concerned Lisha, who enjoys reading stories to her 5-year-old son. “I could see myself in her shoes had I continued to smoke,” Lisha said.

Terrie continued fighting and working to save lives by showing the real consequences of cigarette smoking. The disease that ultimately took her life never touched her great spirit. That spirit, the selfless work she did, and the tens of thousands of lives she saved are among Terrie Hall’s greatest legacies.

“I believe that for me and for literally millions of other Americans, Terrie put a face to the 440,000 people killed by smoking each year in the United States,” said CDC Director Tom Frieden, MD, MPH. “Terrie is one of the more than 1,200 Americans who were killed by smoking in the past 24 hours. Because of her courage, we know more about the lives of these numbers—and because of her impact, there will be fewer such deaths in the future.” 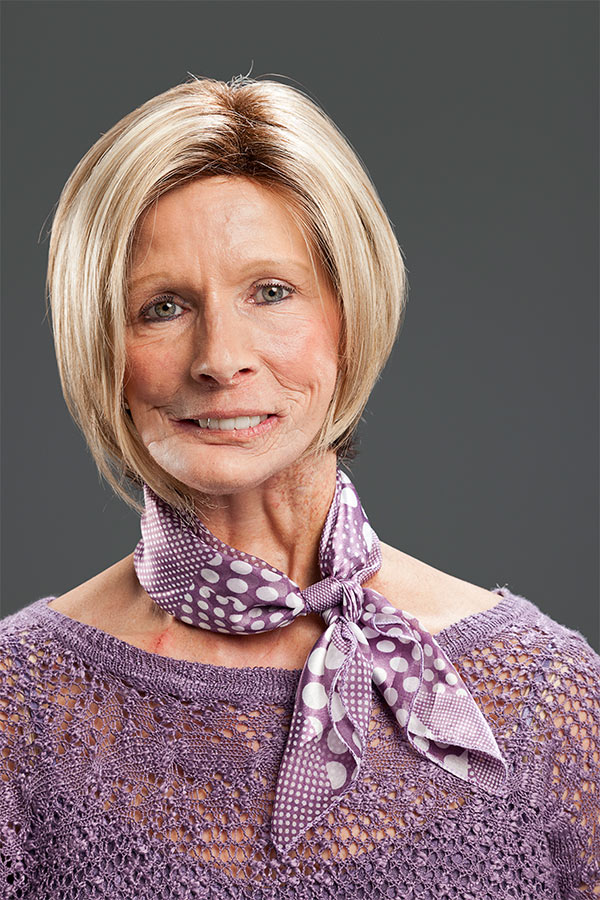 Terrie Hall revealed a level of bravery and strength of character that amazed everyone who was privileged to know her through her work on the Tips From Former Smokers campaign.