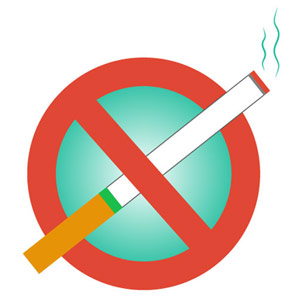 On This Page
What is Menthol?

Menthol is a chemical compound found naturally in peppermint and other similar plants. Menthol can also be produced in a lab.

Menthol can change the way the brain registers the sensations of taste and pain. In cigarettes, menthol creates a cooling sensation in the throat and airways, making the smoke feel less harsh and easier to inhale. Menthol is also used in other commercial tobacco products, such as e-cigarettes, cigars, hookah tobacco, smokeless tobacco, nicotine pouches, and heated tobacco products.

According to federal law, tobacco manufacturers cannot market cigarettes with “characterizing flavors,” except for menthol- or tobacco-flavored cigarettes. Almost all the cigarettes sold in the United States contain some natural or lab-created menthol. However, there is usually more menthol in cigarettes marketed specifically as “menthol” compared to other cigarettes. In 2019 and in 2020, sales of menthol-flavored cigarettes made up 37% of all cigarette sales in the U.S.—the highest proportion since major tobacco companies were first required to report those data to the federal government in 1967.

Menthol cigarettes, including how and to whom they are marketed and sold, are a significant risk to public health and advancing health equity due to their role in initiation, progression to regular smoking and dependence, reduced cessation success, and in contributing to health disparities.

The tobacco industry targets menthol cigarette marketing to certain populations through advertisements, giveaways, lower prices, lifestyle branding, and event sponsorships. For example, tobacco companies have heavily marketed in Black-owned publications, through sponsorship of jazz concerts and certain civil rights groups, through advertisements showing people dressed in clothing popular with rap and hip-hop artists, and in neighborhoods with more Black residents. These aggressive marketing tactics likely have contributed to some groups of people having higher rates of use than others. Given how menthol interacts with nicotine, people who smoke menthol cigarettes are also more likely to continue smoking, which puts them at higher risk of getting tobacco-related diseases.

The tobacco industry uses similar strategies to market menthol cigars. For example, tobacco companies published advertisements in newspapers with a large proportion of readers who were Black persons. More recently, the industry has advertised menthol cigars on social media and has used hip-hop and rap artists, models, and music that are appealing to youth.

Menthol cigarettes put your health at risk just as much as any other type of cigarette.

Menthol increases initiation and dependence in youth and young adults.

Menthol makes cigarettes more appealing and easier to smoke. In addition, menthol enhances the addictive effects of nicotine in the brain. The amount of nicotine, the addictive drug in tobacco products, in menthol cigarettes has increased in recent years.

Menthol in cigarettes makes it more likely that youth and young adults will try smoking and that those who start smoking will continue to smoke on a regular basis.

Menthol Smoking and Related Health Disparities Continue to be a Problem

Fewer people now smoke cigarettes than in the past, but the percentage of people from certain population groups who smoke menthol cigarettes has either increased or remains unchanged.

As noted above, the tobacco industry aggressively targets its marketing to certain populations, including young people, women, and racial and ethnic minority groups, particularly Black people. These groups are more likely to smoke menthol cigarettes compared to other population groups.

Black People
Did You Know?

It is estimated that approximately 40% of excess deaths due to menthol cigarette smoking in the U.S. between 1980 - 2018 were those of African Americans, despite African Americans making up only about 12% of the U.S. population.

Some groups also are more likely than other groups to smoke menthol cigarettes.

Additional studies of tobacco product use are needed to assess menthol cigarette use among people of different racial and ethnic minority population groups, and among people who may belong to more than one group. However, we know that:

STATES, COMMUNITIES, TRIBES, AND TERRITORIES CAN fairly and equitably implement evidence-based, population-level strategies such as:

PARENTS AND TEACHERS CAN: