The report describes information on TB disease reported to the CDC since 1993, with an emphasis on TB disease cases counted by the reporting area in 2020, and the effects of the COVID-19 pandemic on TB disease surveillance.

TB data from 2020 data reveal a substantial decline in the number of reported cases of TB disease in the United States. The COVID-19 pandemic has probably affected reported TB incidence in the United States in several ways, including a combination of TB underdiagnosis and a true reduction in incidence. CDC is conducting additional analyses to better understand how the 2020 TB data compare with previous years. 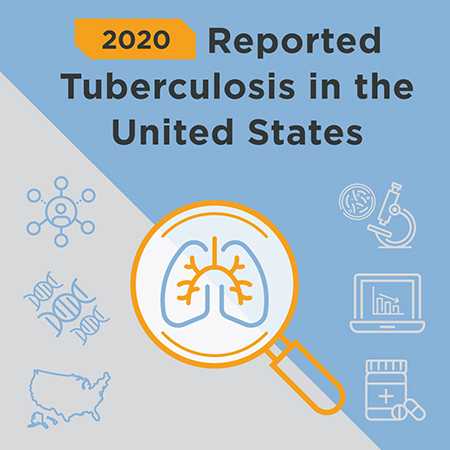 In 2020, people from racial and ethnic minority groups and non-U.S.–born persons continued to be disproportionately affected by TB disease in the United States, highlighting the persistent health disparities and inequities among people with TB disease. To eliminate TB disease, we must diagnose, treat, and prevent TB disease even as the response to COVID-19 continues, especially among groups at increased risk of TB disease. Timely diagnoses of TB disease save lives and prevent spread in our communities.

To support TB education and outreach to clinicians, health care agencies, and community organizations, CDC has created the following materials to highlight findings from the 2020 surveillance report: