Participating U.S. laboratories report the total number of norovirus tests performed that week, and the number of those tests that were positive to CDC weekly. Because reporting delays may be expected for some laboratories, data shown for the more recent weeks may be less complete than others. Each point on the trend graphs below displays the average percent of tests that were positive from three adjacent weeks: the specified week, and the weeks preceding and following it. This is also known as a centered 3-week moving average.

In the United States, outbreaks of norovirus occur most frequently during late fall, winter, and early spring. There may be variation in the timing of outbreaks between regions and between communities in the same region. 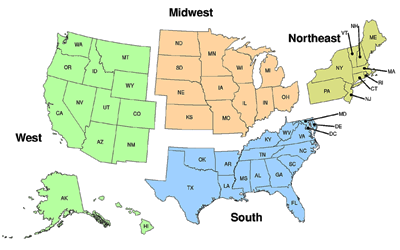