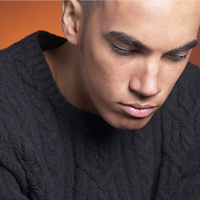 The idea that suicides occur more frequently during the holiday season is a long perpetuated myth. The Annenberg Public Policy Center has been tracking media reports on suicide since 2000. A recent analysis found that 50% of articles written during the 2009–2010 holiday season perpetuated the myth.1

CDC’s National Center for Health Statistics reports that the suicide rate is, in fact, the lowest in December.2 The rate peaks in the spring and the fall. This pattern has not changed in recent years. The holiday suicide myth supports misinformation about suicide that might ultimately hamper prevention efforts.

Suicide remains a major public health problem, one that occurs throughout the year. It is the 10th leading cause of death for all Americans. Each year, more than 36,000 people take their own lives.2 In addition, more than 374,000 are treated in emergency departments for self-inflicted injuries.2

CDC works to prevent suicidal behavior before it initially occurs. Some of CDC’s activities include: